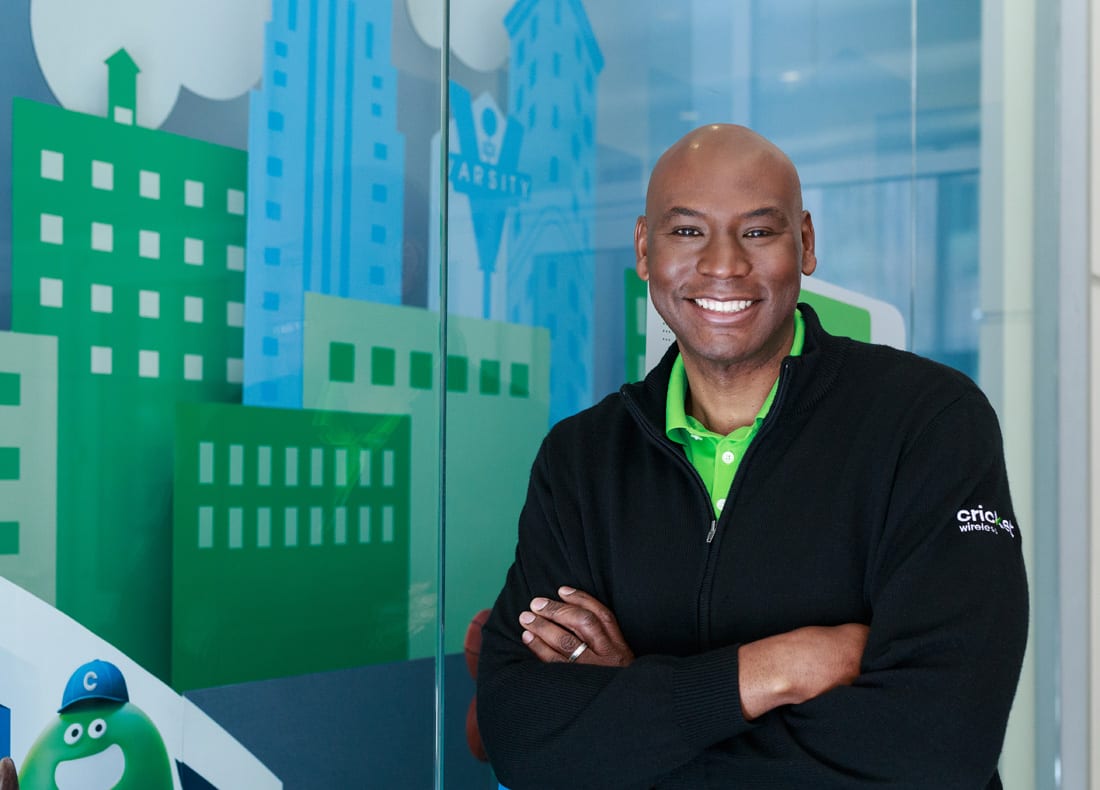 George Cleveland has dressed as Lenny Kravitz for a rock themed First Friday event at Cricket Wireless. Roadie’s Marc Gorlin believes he works for his employees, not the other way around. Lauren Fernandez, owner of Chicken Salad Chick in Buckhead, regularly takes her managers out for fun, off-site activities such as bowling. Beacham & Company founder Glennis Beacham says the camaraderie she’s created at her residential real estate firm has meant virtually no turnover in employees. 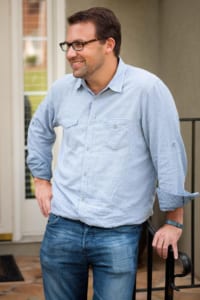 All four of these local business heads say being an effective boss is about focusing on the culture of the workplace and the employees, which is why they qualify in our book as being some of Buckhead’s coolest bosses. Research has shown that the most powerful way leaders can improve employee well-being is through their own day-to-day actions, and that poor managerial leadership increases incidents of sick leave, employee turnover and poor performance.

Cleveland, vice president of channel operations for the wireless service provider headquartered in Buckhead, says being an effective leader comes down to setting the atmosphere of the company. Likewise, Gorlin, founder and CEO of Roadie, a Buckhead-based transportation startup, says he creates a culture from within. One of his favorite maxims is: “The woodpeckers inside the boat can do more damage than the storm outside.” He says he strives to create an enviable work environment because then he never really has to worry about the competition. Being a cool boss may mean the employees have beer in the fridge or “whatever everyone thinks is important,” says Gorlin. “But it’s more important to build a nucleus of people you want to come to work with. It’s who you want to have in your foxhole slaying the monsters every day.”

Fernandez notes that creating a supportive work environment is particularly crucial in the restaurant industry, where employee turnover is high. “I don’t ask anyone to do something I wouldn’t do myself,” she notes. “There’s not a single restaurant we have that I haven’t washed dishes in.”

Making work a place employees want to be is key for Cleveland. “We spend so much time at work, when you compare it to the time we spend at home, this is our family away from our family,” he says. “So what we try to do is create an environment where people are happy to come to work every day.” To that end, Cleveland has created First Friday, when team members are recognized and “we let our hair down a bit,” he says. “We always open up with something crazy and fun, and then get into the recognition, like birthdays or new team members.” At one First Friday around Halloween, everyone dressed up. Another time, Cleveland came decked out as Willy Wonka when a First Friday fell on National Chocolate Day.

Beacham, who describes herself as a very sharing boss, gets satisfaction when her agents do well. “I’m interested in seeing our agents grow their business,” she says. “It’s not necessarily financial. It’s to see people grow.” She does have fun with her agents, as well, including participating in a softball team and an annual bowling event.

Great bosses, says Gorlin, need to realize that “your job is to make others make the company win. My job is to work for everybody in this company and to clear the obstacles so they can do their jobs.”