A BUCKHEAD MOTHER OF THREE TURNS THE PAGE BY OPENING A BOOKSTORE. 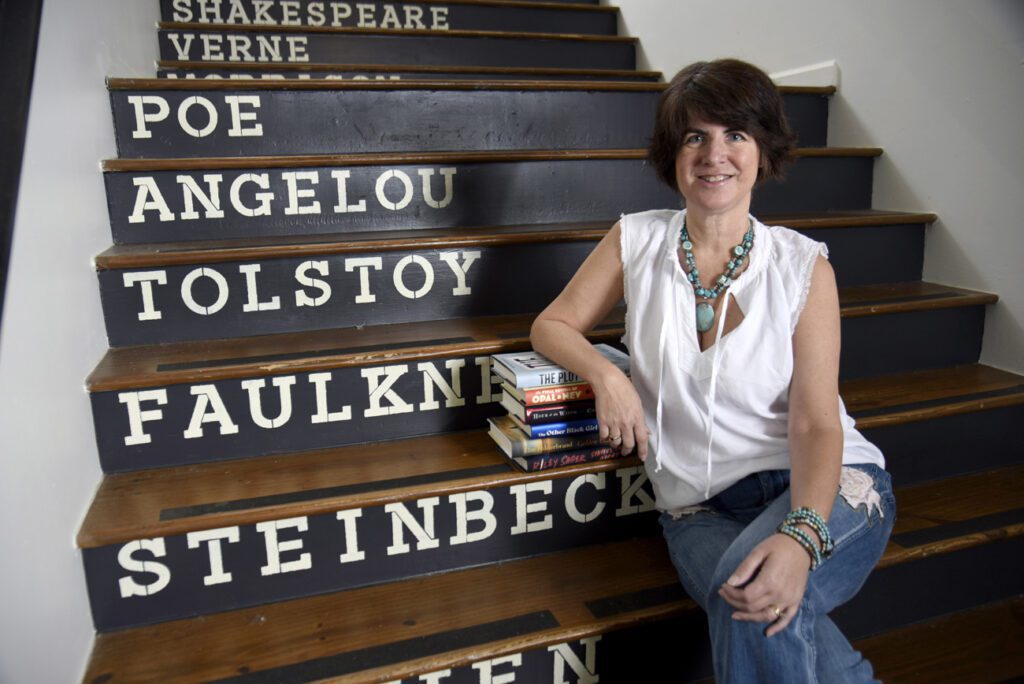 I’ve always loved libraries,” says longtime Garden Hills resident Sandy Huff. “I find them such relaxing spaces. And I love looking at all the books. It’s the opposite of laundry.”

A stay-at-home mother for the last 15 years, the 56-year-old Huff has created her own library of sorts. She recently opened Virginia Highland Books in the spot where clothing store Empire South used to be, near the corner of Highland and Virginia avenues.

Explaining how the bookstore came to be, Huff says it was the second week of January, and she happened to be in Virginia-Highland buying a 2021 calendar at Paper Source. “I saw the ‘For Sale’ sign in the window [of the space where the store now sits],” she says, and it immediately caught her attention. “I used to live two blocks from that corner and always loved the walkability of the neighborhood.”

Huff isn’t a newbie to the world of bookstores. When her family went on vacation, they always found a local indie bookshop to explore. She also worked part-time at B. Dalton Bookseller when she and her husband, an attorney, first moved to Atlanta. “I tried to get a job at Oxford Books first,” she says of the venerable retailer, once the largest independent bookstore in the Southeast before closing in 1997. “They required you to take a 16-page test about literature,” says Huff, “and I did not pass.”

After she acquired the site for her store, things started rolling quickly. “It’s been fast and furious,” admits Huff. As breakneck as it’s been, though, the pandemic has resulted in delays of shipments of necessary supplies, such as bookshelves, which in turn pushed back the opening. “My goal was to open on June 5, which is my birthday,” says Huff, “but that didn’t happen.” The pandemic has also put her plans for book readings, storytime, author signings and book clubs on hold until the fall. But the hardest parts of the process for Huff have been picking out which books to carry (“I wanted to order them all”) and culling through all the requests for employment she got after posting that she was looking for help on Nextdoor (“I wanted to hire them all”). In the end, she ended up with around 10,000 books and 12 employees.

The two-story, 4,000-square-foot shop is open seven days a week and houses not just books, but puzzles, gifts, reading glasses and the like. Soon, the selection will include vinyl in a small section set aside for music. Huff’s ultimate hope is for Virginia Highland Books to become a neighborhood hangout, with customers dropping by nearby Perc to get a cup of coffee or a bite to eat at the newly opened Doughnut Dollies and heading to the store for a leisurely browse of its vast inventory. “I’ll consider us a success if we simply break even and provide a welcoming spot for the community,” says Huff.

The day-to-day trials of running a bookstore will not diminish her love of books, Huff says. An avid reader, she says she finishes about 100 books a year. “There’s so much potential there,” she says. “It’s so exciting to get into a new book.”

Meeting the World Through Art