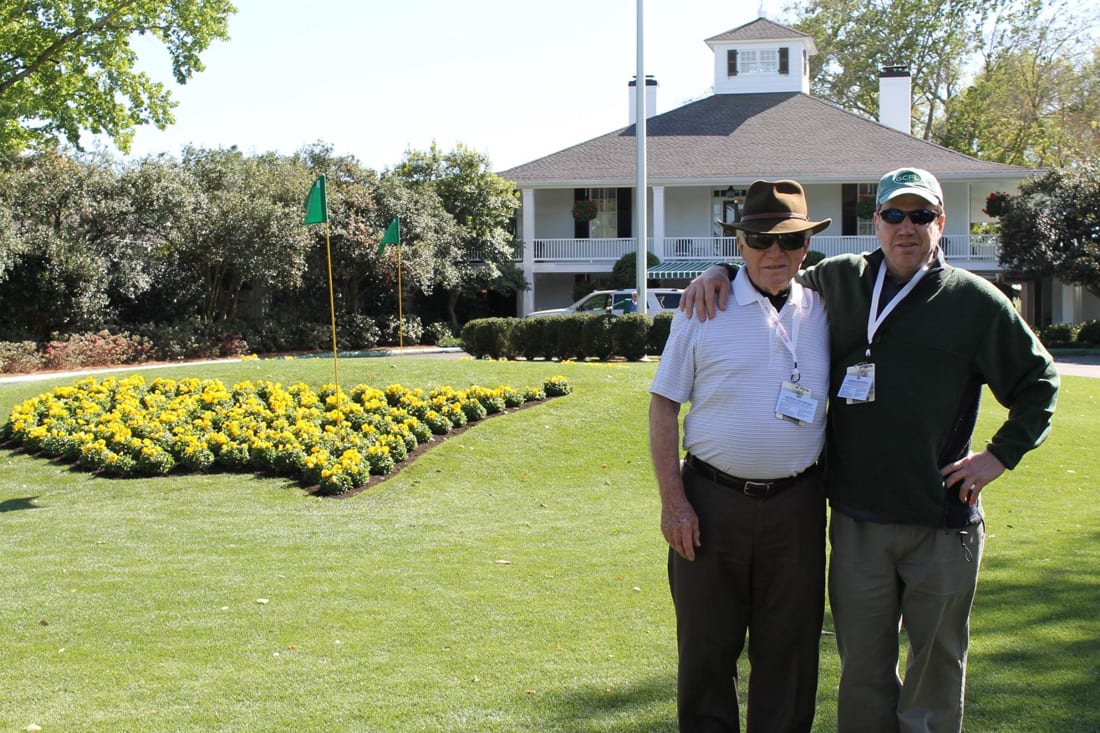 THINKING OUTSIDE THE SAFARI VEHICLE

Dad reminded me three times before bed to set the alarm. My 85-year-old father, who reveres the sport of golf and the hallowed grounds of Georgia’s Augusta National Golf Club, was restless with anticipation. He had watched the Masters on TV most of his adult life, and it was a dream of his to attend in person. Now we were going to the Friday round of the 2017 tournament. Masters tickets are one of the hardest gets in the sports world. It takes either good connections, spending a lot of money on a legitimate package deal or sheer luck in an online ticket lottery system to gain entry. The first way worked for us when I received an unexpected phone call on Wednesday afternoon of Masters Week.

The voicemail on my phone said: “Hi, Blake, it’s Melissa. I have extra tickets to the Masters for this Friday. The people who were coming can’t make it. Let me know ASAP if you’re interested. We have a place for you to stay on Thursday night.”

Within five minutes, I had confirmed I would indeed be there and called my dad to tell him he was going to the Masters. On cue, he canceled all his weekend plans and was ready to hop in the car that moment to make the five-hour drive from Birmingham. “No,” I pleaded. “Get a good night’s sleep and I’ll meet you in Augusta tomorrow.”

We were staying at a historic home turned “hospitality house.” Many Augustans rent out their homes for Masters Week, then head out of town for spring break. Companies use these homes to host clients and their guests, and my father and I were beneficiaries of this longtime practice. The circa-1820 house had once been owned by the on-staff physician at Augusta National and was the site of many legendary parties. It oozed with history, much like Augusta itself.

We set up our collapsible chairs next to the 17th green, but spent most of the day wandering the course. The greatest golfers on the planet played through next to us as we marched the grounds to see Amen Corner, the clubhouse and some of the most famous golf holes in the world. We took in as much as we could, amazed at the flawlessness of the landscaping, the affordability of the concessions, how fast all the lines moved. I tried to slow my father down, worried he was doing too much for his age. At one point, I made us stop and sit on an embankment. Looking perplexed, he asked, “Why are we sitting here?” So up we sprang and kept walking.

Today, our pilgrimage seems dreamlike, especially since cameras and cellphones aren’t allowed at Augusta, so we couldn’t take any pictures to remember it by. We do have a photo the club took of us in front of the clubhouse, a nice perk offered to all patrons. That picture of us next to the iconic America-shaped flowerbed of yellow pansies serves as proof not just to us, but to everyone, that we really were there.

Create an online account at Masters.com to enter the online ticket lottery system. This year’s tournament is sold out, so start planning for 2019.

Package deals that include tickets, transportation and sometimes lodging run into the thousands of dollars. Two companies offering such services are ThePatronsCaddy.com and MagnoliaManorHospitality.com.

AN ATHENS HOTEL WITH ATTITUDE

THINKING OUTSIDE THE SAFARI VEHICLE

A SHORT DRIVE TO SOME BIG WHITEWATER