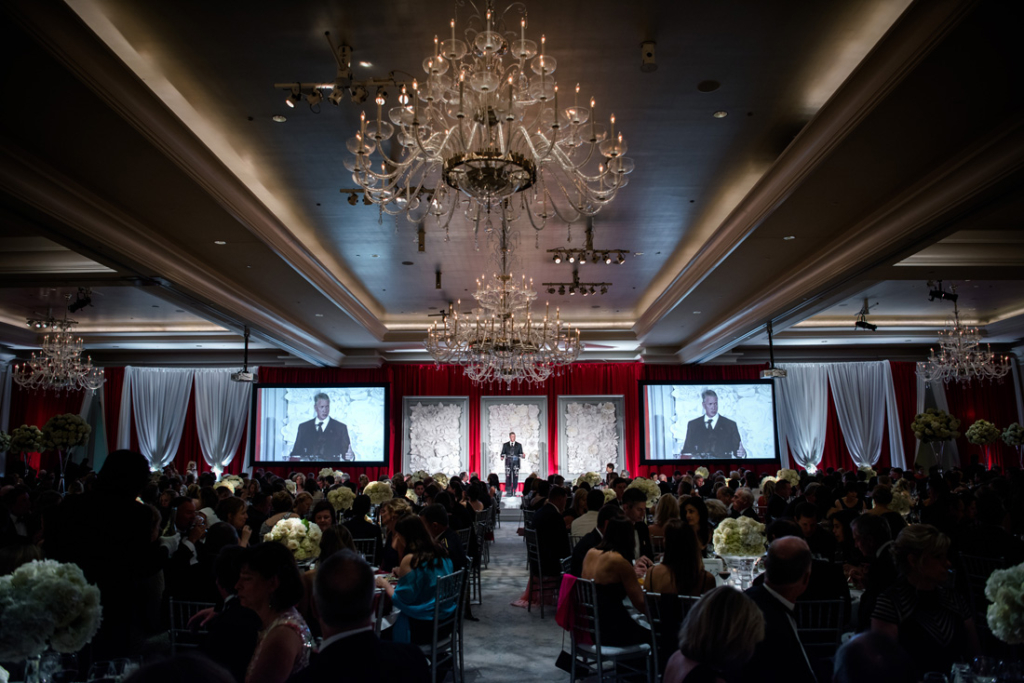 For the successful third year of the Believe Ball, CURE Childhood Cancer hosted a sold-out crowd of 600 guests at The St. Regis Atlanta. Formally dressed patrons were treated to a cocktail reception and three-course dinner that included a seared beef tenderloin entrée and triple chocolate mousse dessert. The evening also paid tribute to comedian and CURE supporter Jeff Foxworthy who was in attendance to give a speech to acknowledge the honor. Silent and live auctions kept the donations rolling in with noteworthy prizes such as VIP Ellen DeGeneres tickets, a Star Wars pinball machine, University of Georgia season football tickets and much more. Guests also enjoyed live entertainment from Sandra and Chris Cauley and an After Hours party with band Terry Lee and the GT’s, snacks and a photo booth. The festive evening raised more than $1 million towards CURE’s mission of improving survival rates, developing less toxic treatments for children battling cancer and supporting patient families. – Jessica Wise

PIG OUT, DRINK UP AND ROCK ON

GET INTO OUT OF THE KITCHEN