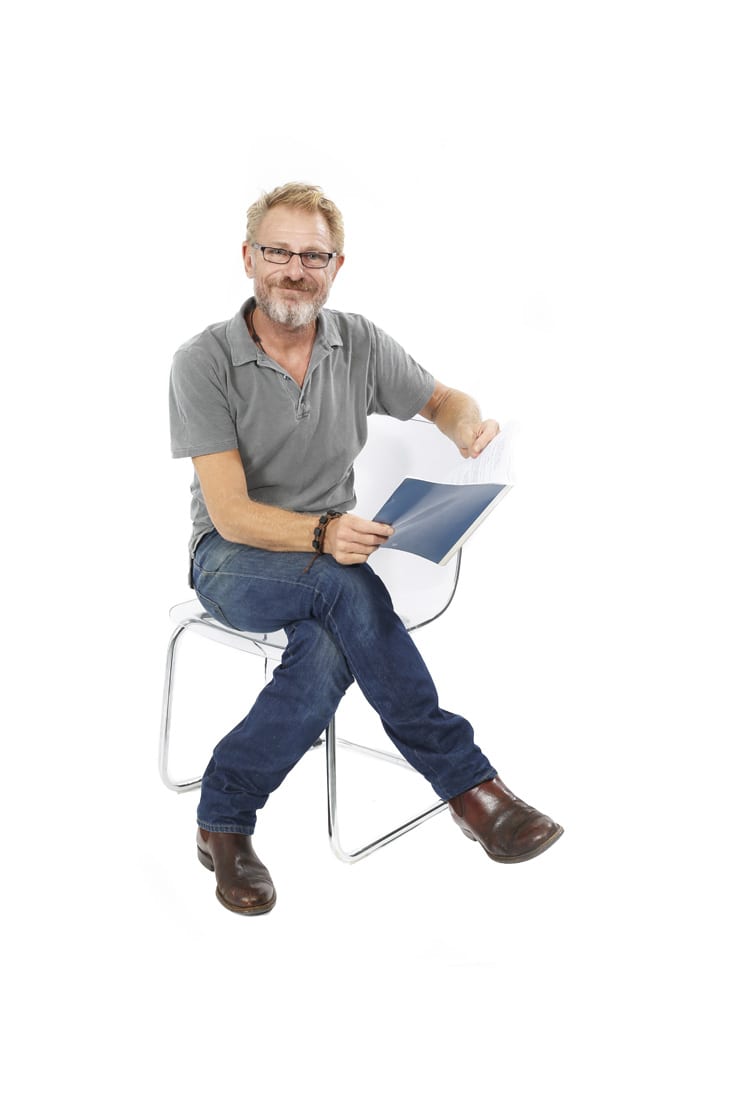 New Zealand native Mark Staufer has spent years in London and Hollywood working in front of and behind the camera. But since moving to Buckhead three years ago, the 54-year-old has finally found what he describes as his real passion in life.

“I like sitting at home in the dark with my characters and helping other people develop theirs,” he says. “In the last year, I’ve started mentoring writers, specializing in books and screenwriting.”

While Staufer has worked with individual clients, he’s also been sharing his expertise with the writing public through a series of workshops at the Buckhead branch of the Atlanta- Fulton public library.

“Last year, I asked if I could put a poster up about my mentoring, and instead they asked if I’d do a workshop,” says Staufer. “I did one on screenwriting on a Saturday afternoon, and it was completely packed with about 100 people.”

From that debut, Staufer created a four-week workshop that proved so popular that he’s now expanding the concept into a weekly session. At 10 a.m. each Saturday, aspiring scriptwriters and novelists can hone the skills it takes to produce a polished opus. No prior experience or registration is required, and there’s no need to have been to the workshop before. Just drop by with your desire to learn. “The people who have been coming are at various stages,” says Staufer. “Some arrive with a completely eloquent screenplay, and others are just starting off. I’m impressed that there are so many people here with stories to tell.”

The sessions have had a palpable energy that Staufer attributes to the vibe created by Atlanta’s burgeoning film industry. “These attendees are very savvy, and they’re really excited about what’s happening here,” he says. “You can feel that this place will be an engine of storytelling; people know that.”

The free weekly workshops that kicked off in June have focused on Staufer’s appraising screenplays and sharing insights about the creative and business sides of the industry. And some participants have moved on to working with Staufer one-on-one to develop particular projects. Aaron Karp, a web developer who lives near the library, attended one of the first workshops and found a mentor in Staufer.

“I’ve had an idea for a show for about five years, and I’d written a screenplay knowing nothing about screenplays,” says Karp. “I had no idea what to do next. Mark was tremendously encouraging to everyone from very different walks and stages of life. And he had the knowledge of what to do next with our work. I was very impressed by him; he really knows his stuff.”

For the last few months, Karp has continued getting encouragement and feedback from Staufer and select readers. “It’s great to have someone in the community who can help me,” he says. At the same time, Karp is fueling Staufer’s passion. “I kind of feel this is my purpose in life, and this is the place to be for film in the next 10 to 20 years,” says Staufer.

“There’s a huge untapped potential here of people from everywhere with stories from different cultures and places. I can’t tell you how many times I’ve met someone, had a chat and left thinking, ‘That’s the best movie idea I’ve ever heard.’”