ANY WAY YOU SLICE IT 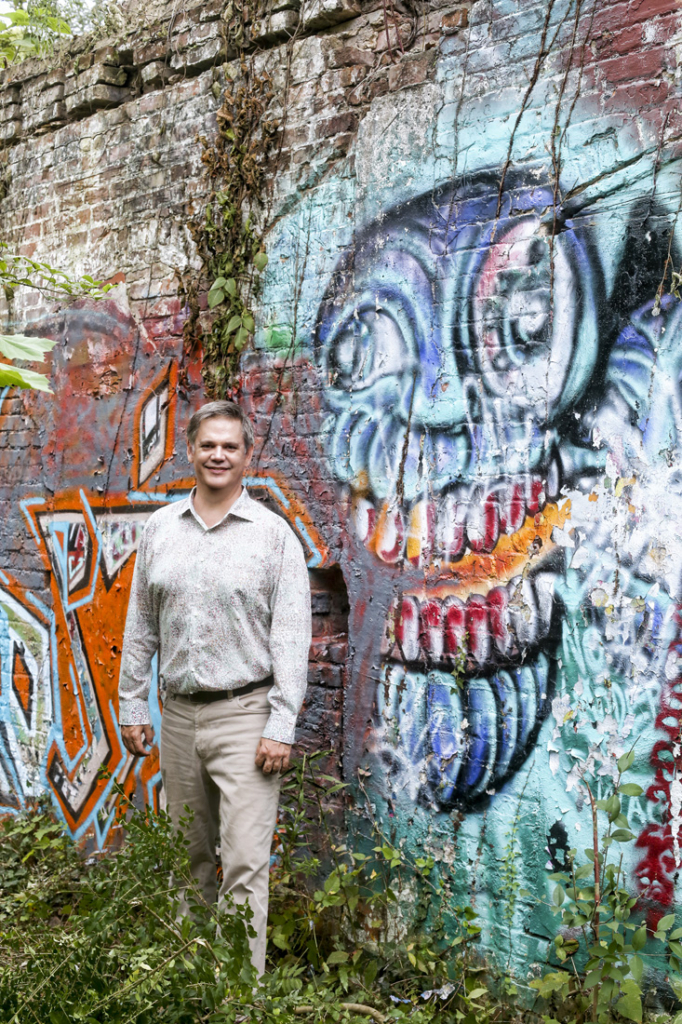 As chief of Fizz, a As chief of Fizz, a global marketing firm with clients from AT&T to Vespa, Brookhaven’s Ted Wright often finds himself in a foreign city, working in a different time zone while trying to keep to an Atlanta schedule. “I may be in a country for 72 hours before flying home for my son’s soccer game, so I try to stay on Atlanta time,” he says. “Sometimes I’m in Tel Aviv or Tokyo, and I’m up at 4 in the morning when it’s 3 in my afternoon. So I started dragging a camera with me and taking pictures of street art.”

Wright, an eighth-generation Atlantan, says his fascination with outdoor art dates back to the day his Boy Scout troop was returning from camp in North Georgia and stopped at Paradise Garden, the collection of folk art pieces created by self-taught artist Howard Finster. “I was like, ‘Whoa, this is super cool,’ and I immediately got interested,”

Wright says. “I feel the same way about street art. It’s cool that artists just paint things on the sides of buildings because their hearts will break if they don’t get it out. There’s so much passion they have to share, and you can see that come out in the art.” Wright says he often takes a cab to find an eye-catching piece of art then snaps his own photos to add to a growing collection. “There are places I’ve stopped the taxi and gotten out and found really good things that brilliant artists have put up. Often there’s great street art in areas that are marginal, but in the early hours of the morning, I often have the streets to myself.”

Wright snapped his favorite photos in Berlin, New York and Brazil, from the Amazon to downtown Rio. “Israel has great political art, and even though I don’t read Arabic, people will stop and tell me what it says, and it’s often hilarious. There’s also very good street art in Atlanta with different kids finding their own styles.” 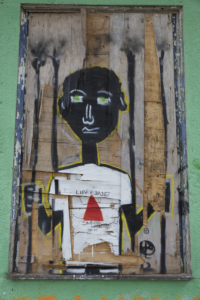 Wright doesn’t display his photos, but he enjoys the memories they invoke. “I do it because I get such a kick out of it. I’m not an artist, but in my own way, I’m an artistic supporter. I think it’s neat that other people can do this stuff.”

HERE’S TO THE INNOVATORS