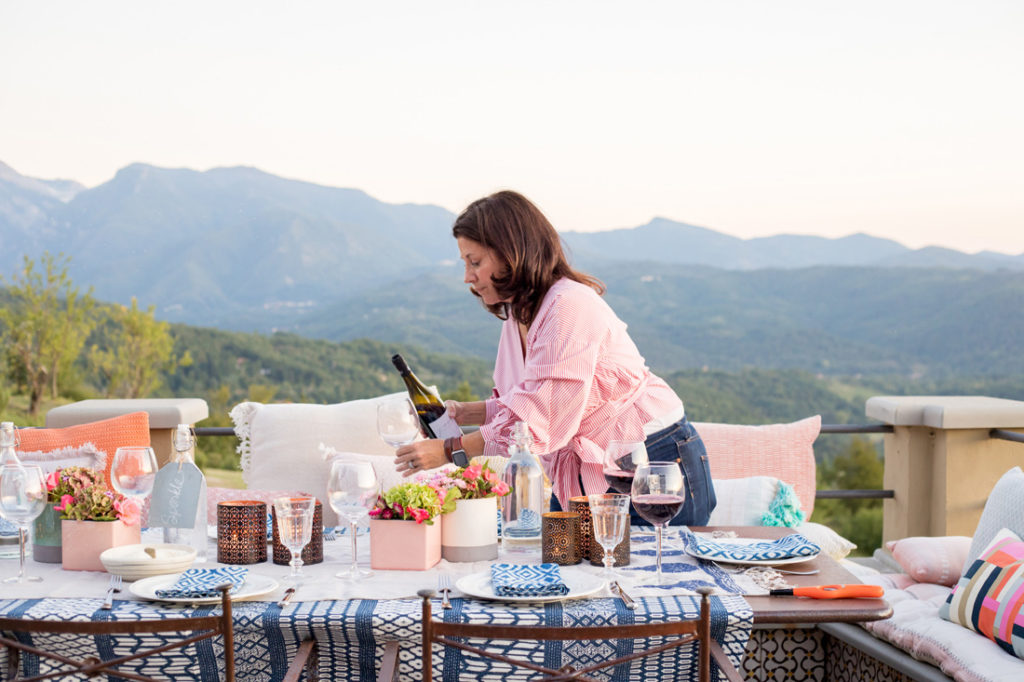 Timing, as they say, is everything, so when Annette Joseph first learned her memoir, Italy is My Boyfriend, would be released on May 26, she had no idea that the world would be in the midst of a global pandemic and Americans banned from European travel. Weaker hearts might have panicked. There would be no grand launch party, no book tour and no corresponding trips to her beloved Italian countryside. But Joseph is one donna forte, and she doesn’t let bumps get in her way. “I am a pistol. I don’t just sit there,” she says. Which might explain how the Dunwoody resident came to own a medieval fortress, vineyard and olive grove in a region of Italy known as the Lunigiana and managed to write a book about it, too.

Joseph’s third title and first memoir showcases her love affair with Italy as readers follow along on her hunt to locate her fairytale home, which, spoiler alert, she finds. Joseph is honest about house hunting overseas and opens up about the trials, tribulations and cast of characters that come with it.

Leading the cast are Maura and Marcus–“the Germans,” as Joseph refers to them. They turn out to be con artists posing as realtors who swindle Joseph and her husband, Frank, out of thousands. There’s Monica, a luxury interior designer and home store owner, who unsuccessfully insists on using her connection with Dolce & Gabbana to make dinner reservations. And there’s Rupert, an expat with a prince for a boyfriend, who goes from happily antiquing with Joseph to throwing a temper tantrum. Patience is an evident theme as the Josephs are challenged time and again, whether by people or properties.

However, as in any good relationship, Joseph works through her problems with her European “beau.” “When you love somebody, you overlook their bad qualities and instead focus on their good qualities. That’s how I feel about Italy,” she explains.

Joseph first found herself crushing on Italy when she was 19 and living in Rome for the summer. Later, she continued vacationing in Italy with her husband and their two children, Alex and Levi. Joseph has made an annual trans-Atlantic flight for 25 years, and the past nine have been with her wire-haired, passport-carrying dachshund, Vivi, in tow. Today, she conducts cooking, photography and styling workshops at La Fortezza (terrace pictured above), her renovated medieval fortress turned home, guest quarters and studio.

Should you find yourself longing for an escape as you thumb through Italy is My Boyfriend, Joseph asks that you remember the golden rule of being a houseguest, whether over county or country lines. “Try to enjoy yourself,” she says. “Just relax, lower your expectations and go with the flow. Your host is ready to show you a good time. Let them.” And if you’re not ready to travel, Joseph says to bring Italy to you. “Incorporate aperitivo, the Italian cocktail ritual, at home. Make a big Aperol spritz, put together a charcuterie platter and put on some lively music.”

Joseph’s memoir ends in the midst of wrapping up renovations of La Fortezza. Like a Shakespearean comedy in which the performance leads to one pivotal moment—the wedding—Italy is My Boyfriend is the comedy of errors of Joseph’s relationship with house-hunting. Will there be a sequel titled Married to Italy? Maybe not on paper, but for Joseph, the love affair will continue.

ITALY IS MY BOYFRIEND (Post Hill Press, $17) is available for purchase at amazon.com, barnesandnoble.com and target.com.

If the Shoe Fits