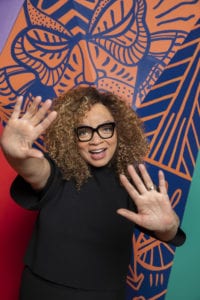 If Ruth E. Carter’s name doesn’t ring a bell, her work certainly will. The Academy Award-winning costume designer has been making movie magic for more than three decades. That includes transforming Oprah Winfrey into voting rights activist Annie Lee Cooper in Selma, outfitting Denzel Washington in the title role of Malcolm X and suiting up the late Chadwick Boseman as King of Wakanda in Black Panther, which scored her the Oscar in 2019. 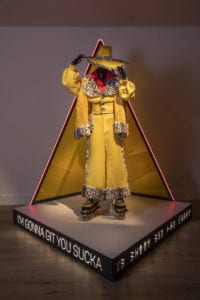 Cinephiles can ogle more than 60 costumes showcasing her legendary career in “Ruth E. Carter: Afrofuturism in Costume Design,” on view through Sept. 12 at the SCAD FASH Museum of Fashion + Film. The epic exhibit also features garments worn by superstars Angela Bassett and Eddie Murphy, among others, along with sketches and ephemera that illustrate the elaborate design process behind the scenes. Period pieces such as Steven Spielberg’s Amistad and the 2016 remake of the Roots miniseries, both in her vast repertoire, are steeped in historical research.

Nicknamed Ruthless for her dedication on Spike Lee films, Carter hopes the exhibit will “inspire a new generation who are already expressing the need to project a profound personal connection of diversity in storytelling and to do it authentically in a way that connects with their creative self.”

“Ruth harnesses the power of visual communication to share narratives of culture, race and politics,” adds co-curator Rafael Gomes, director of fashion exhibitions at SCAD FASH. “This is a very collaborative work that celebrates exquisite works of wearable art and world-class film making taking place in our city.”