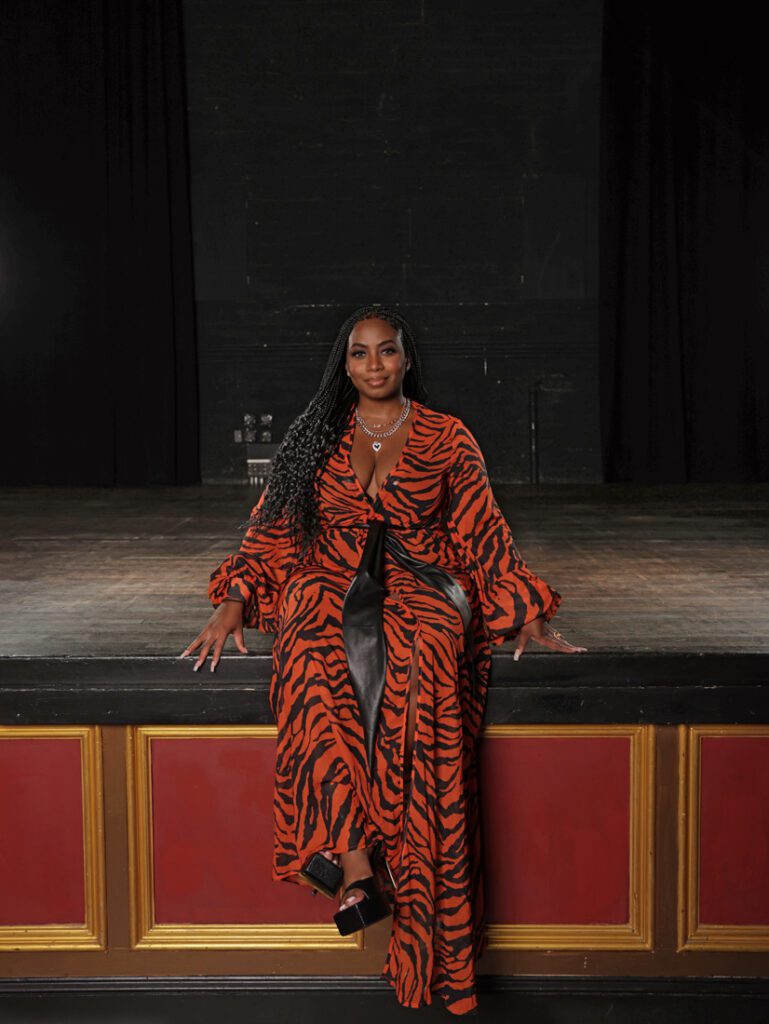 Maria Opeaye is a true Renaissance woman. At 41, this single Buckhead resident is a self-published author of eight books, shoe designer and owner of a coffee brand. She also recently started a firm that specializes in mediation and arbitration cases. According to Opeaye, she is the first African American female to own a professional soccer team and the second to be a FIFA soccer agent with the United States Soccer Federation. Oh, and in 2021, Opeaye started her own sports agency, Neoteric Sports & Entertainment.

Born in New Orleans, Opeaye was raised in Atlanta. After earning three associate degrees, she moved to California in 2016 to attend The Santa Barbara College of Law but moved back to Buckhead in 2018 to be closer to her family. She planned to finish her last semester of law school virtually but instead decided to focus on her other businesses and earning a mediation and arbitration certification to launch her own firm, Opeaye & Associates. She also represents nine soccer players, seven of whom are signed to professional leagues. In March, she inked her own name as an owner of the Memphis Americans professional men and women’s soccer club, becoming a part of the National Indoor Soccer League. Although not an athlete herself, Opeaye says she’s always loved sports.

“I did my research and thought soccer was a great area because there are not many females, let alone African American females, in that industry,” she says. “I’m glad to be able to give people opportunities to play and speak up for women on the team. In the next couple of years, I would love to own other teams in that league and beyond.”

Opeaye has been building entrepreneurial ventures for years. She paid for her law school classes through an upscale custom novelties business she started in 2014 and later launched online retailers London Marie Coffee and M’Opeaye Shoes. As the mother of 23- and 13-yearold daughters, Opeaye hopes to inspire the next generation of women to pursue their dreams, even if it’s via an unconventional route.

“For law school, I went the nontraditional way, completing 90 [credit] units in undergrad and transferring,” she says. “I didn’t want the school debt.”

Opeaye credits her stubbornness and drive with helping her reach goals. She’s inspired by role models such as Maggie Ntim, the first black female soccer agent; NFL sports agent Nicole Lynn; and her mentor, retired judge Gino Brogdon Sr. of the Atlanta firm Henning Mediation & Arbitration Service, where she earned her mediation and arbitration certification in 2021. While there have been challenges along her path, she says the good has outweighed the bad.

“My parents will say, ‘Maria is so hard-headed,’” Opeaye says. “I’m so grateful that I didn’t listen to people when they said not to do something or ‘don’t go that route.’ It all worked for me.”

Working in the male-dominated sports industry also hasn’t been easy. “People will try you because you’re a female. They will try to give you the short end of the stick or think you’re not as serious about your craft or your career as others,” she says. “When they do, I stay laser-focused and let them know that I’m serious about my business. I show them better than I can tell them.”