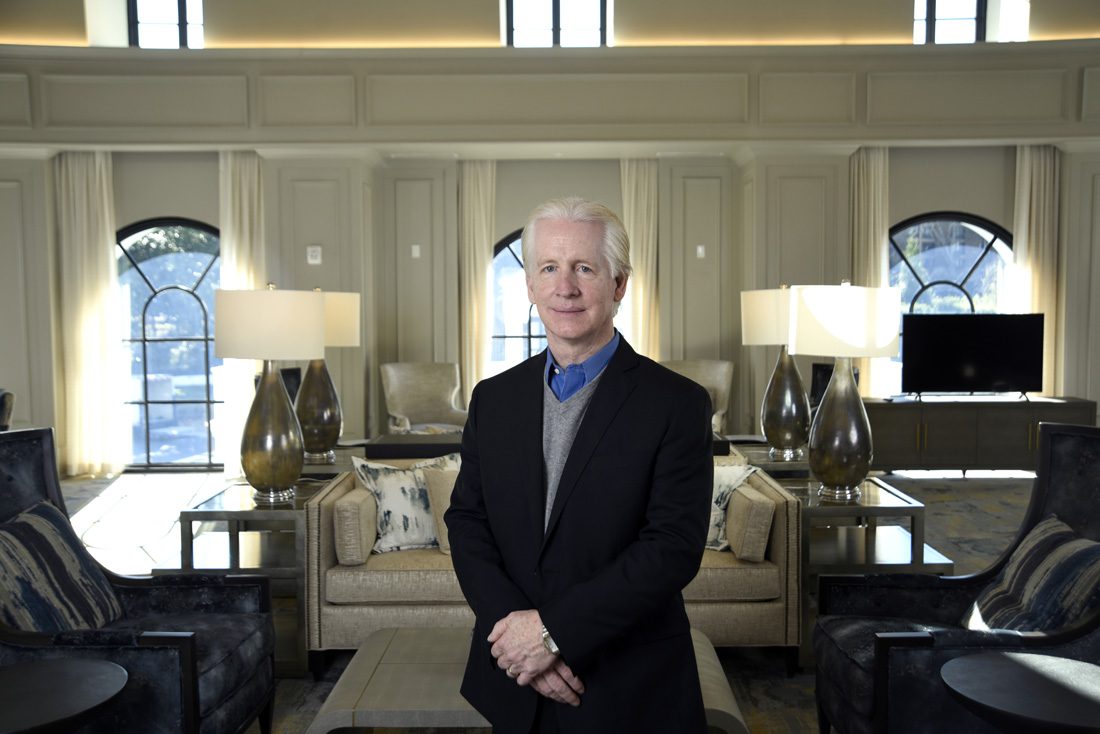 For Steve Markey, design director at Atlanta-based senior living developer Galerie Living, design is practically in his DNA. “Having grown up in Europe surrounded by beautiful architecture, art and music, I found myself naturally drawn to artistic endeavors,” says Markey, who lived in Italy, Belgium and Germany, eventually moving back to the States at age 17. “My parents exposed us to travel, museums, symphonies and operas all over the continent. That exposure to the arts set a foundation that never left me.”

With a passion for design, he went on to teach himself everything he could about architecture—particularly classicists of the early 20th Century and U.S. architecture, with a focus in Atlanta architecture. Today, with more than 40 years of design experience, Markey has made his mark with high-end projects across the globe, including some of Atlanta’s most iconic estates, communities and clubs. He was also a founding member of the Southeast Chapter of the Institute of Classical Architecture and Art (ICAA).”

One of his latest achievements is Corso Atlanta, an award-winning senior living facility that brings a luxurious slice of Paris to Buckhead, pairing European design sensibilities with “transitional contemporary aesthetic elements.” We spoke with Markey about his kismet relationship with Galerie Living, the inspiration behind his creative process and the future of livable design.

What led you to Galerie Living?

I had just switched to a new architectural firm as a senior designer when I heard of a client they were courting who might want to build a “city block of Paris” in Atlanta. I knew right away that I wanted to design that project, not realizing the partner in charge already had me slated for the work. I started off designing a different project for that client, Tim Gary, CEO of Galerie Living. Tim and I hit it off immediately, and it was an easy transition to move from that project (Village Park Milton) to the Paris project, which was Corso Atlanta. So I came here because Tim has the vision to create beautiful projects, and I’ll stay because he supports that vision by his actions every day.

What do you think has contributed to your success as a designer?

I have a holistic approach to design; all elements of architecture, landscape and interiors combine in everything I do. I do not believe in “form follows function,” and I do not believe in “function follows form.” I design in 3D—everything at once, all together. I have described the process as having an ever-evolving Rubik’s cube slowly rotating above my head.

How is design important in creating a successful community?

Design is paramount in creating environments that lift the soul and spark the spirit. In Europe, centuries of architecture rich with human scale, sculpture, gardens and fountains constantly enforce the beauty of humanity while people go about their everyday tasks. These amazingly beautiful sparkle points that occur along daily journeys subliminally raise people’s emotional barometers and enrich their lives, whether they realize it or not. In the United States, it can be challenging to get this much beauty in our daily lives. As the band R.E.M. said, “Here’s a truck stop instead of Saint Peter’s.”

What’s the future of design as it relates to adult living communities?

I believe the future of design is an evermoving target for senior living. I think hospitality-based design is our cue for where the industry needs to move. People want to be treated with dignity and maintain their independence. They do not want to be shut away or marginalized. Everyone wants to live life to the limits they set. It is up to us to provide a platform that allows them to do that happily and at their own pace.