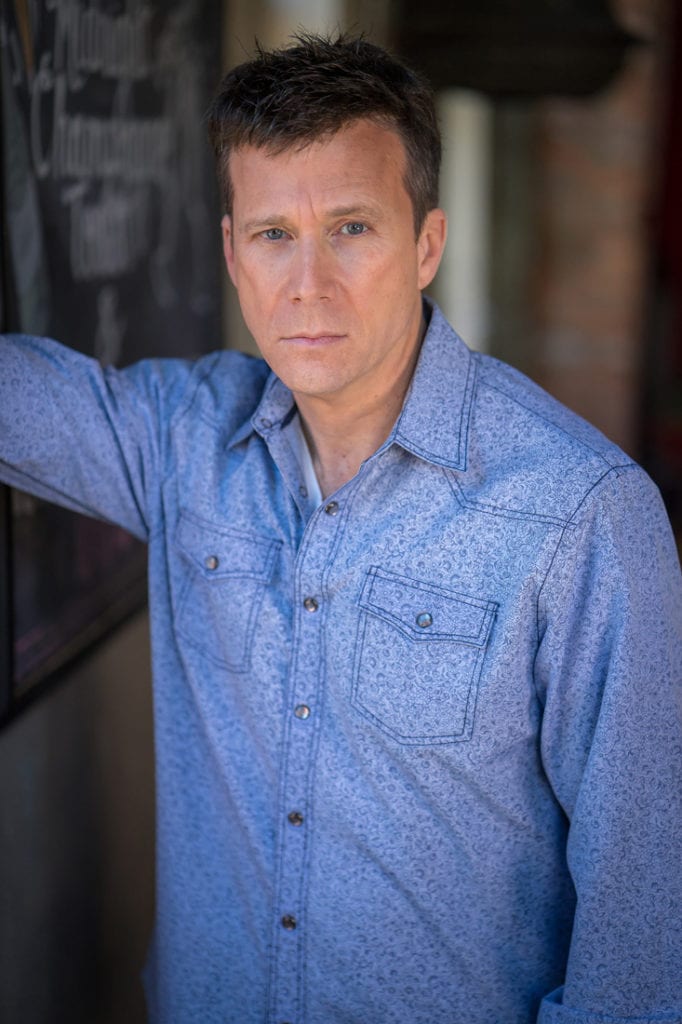 Working around the globe as an investigative reporter for 20 years, Steven Cooper was at the top of his game. He won the prestigious Edward R. Murrow award for breaking news coverage in addition to numerous honors from the Associated Press and Emmy Awards for his investigative and consumer reporting at KNXV-TV in Phoenix and WKMG-TV in Orlando.

But despite his success as a journalist, he describes writing his murder mystery-spiritual-supernatural novels in the Gus Parker, Alex Mill series as much more fun.

Cooper, who lives in the area where Buckhead, Sandy Springs and Brookhaven come together, wrote his first book, Desert Remains, in 2016. Pondering what to do next, he attended an Atlanta Writers Club conference where he met his agent, Ann Collette of the Reese Agency. She quickly sold it to Seventh Street Books, an imprint of Prometheus Books.

“Even though my original intention was to write only one book, the sale was contingent on two more, so I headed for my computer,” he says. The results were Dig Your Grave, published in 2018, and his most recent murder mystery, Valley of Shadows, published in 2019.

“I like to set my novels in familiar locations,” Cooper says. “When I lived in Arizona, I bought a house in a mountain preserve and stumbled across petroglyphs carved in the rocks. I was fascinated with the cave drawings, which became my inspiration for Desert Remains about a deranged killer who leaves his victims’ bodies behind in caves and taunting clues in the desert.

The series revolves around police Detective Alex Mills, who befriends an “intuitive psychic” named Gus Parker. The two unlikely colleagues join forces to solve a series of mysteries in the desert. Not wanting his books to be typical murder mysteries, Cooper incorporates the spirituality of the landscape, Native American art and supernatural elements.

“Writing fiction is not as romantic as people think,” says the author. “It’s a job, but it does get my blood flowing. When I’m in the zone, it’s like having a runner’s high. If I’m not in the zone, I figure I’m not meant to write that day. Other days, all it takes is a cup of coffee to get the juices flowing again.”

Cooper’s process is straightforward. Before he begins a new project, he crafts chapter summaries that build the novel. He begins with a place where the action occurs and then asks himself, “What story do I want to tell, and where do I want to tell it?” The rest comes together fairly quickly and the characters “show up.” Some, such as Mills and Parker, are part of the concept. Others become more complex as the storyline takes place in his head.

“Some nights, the characters keep me awake until I have a clear idea of what they are doing next. I get up and write everything down because I don’t want a great plot twist to be forgotten. Journalism may have been my chosen career, but I much prefer sitting at my laptop creating worlds,” Cooper says.

His next murder mystery, still untitled, takes place in Atlanta and involves a homicide detective, a rabbi and a mysterious killer who goes by many names. “It’s meant to be a standalone, but if the publisher wants a series, I’ll consider it,” he says.