You don’t have to believe in Santa Claus to appreciate the magic of the Christmas season, when Christians around the world prepare to celebrate the birth of Jesus Christ. 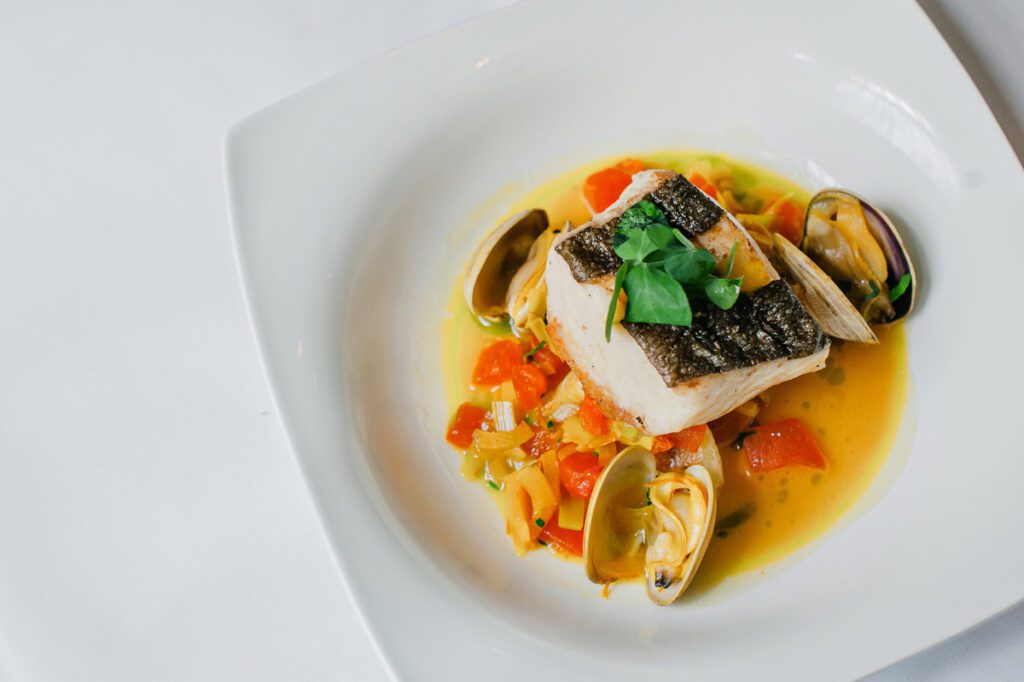 Merrymaking takes on different forms for different folks, and exploring what makes the season ring for others can add flavor to the revelry. Davio’s Northern Italian Steakhouse facilitates that with the Feast of the Seven Fishes, an Italian American Christmas Eve meal. “One year we decided to stay open on Christmas Eve and showcase the seven fish dinner,” says Davio’s culinary director Rodney Murillo.

At first, the chefs served items in keeping with a typical multi-course Vigil (La Vigilia), such as bacalao (salted cod) and smelt. After noticing people weren’t really into it, they shifted. “We now incorporate seasonal ingredients and give each location its own twist, like local clams in New England and trout in Atlanta,” Murillo says. Now it’s one of Davio’s busiest days of the year. Guests also embrace the chance to relax and celebrate together, one fish at a time.”

FEAST OF THE SEVEN FISHES MENU

Heat a large braising pot over medium-high heat and add the oil. Add the potatoes, leeks, shallots, pepper flakes and fennel to the pan and saute, stirring often, until tender, about 10 minutes.

Add the white wine and boil about 5 minutes. Add the tomatoes and their juice, then top with the basil and salt and pepper to taste.

Reduce the heat to medium and simmer for an additional 10 minutes, pushing down on the tomatoes until they break up.

Season the fish with salt and pepper. Add the fish, mussels and scallops to the pan and cover each piece in the sauce. Cover the pan and simmer over very low heat until the fish is almost cooked through, about 10 minutes.

Flip each fish piece over and let everything simmer until the fish is cooked all the way through, about 5 additional minutes (the mussels should open).

Using a large, slotted spoon, carefully remove the fish from the sauce and remove the skin. Place each piece of fish in a serving bowl, surround with 3 mussels and 2 scallops each and then using a ladle, divide the sauce equally into each bowl and garnish with parsley.

It Takes an Army