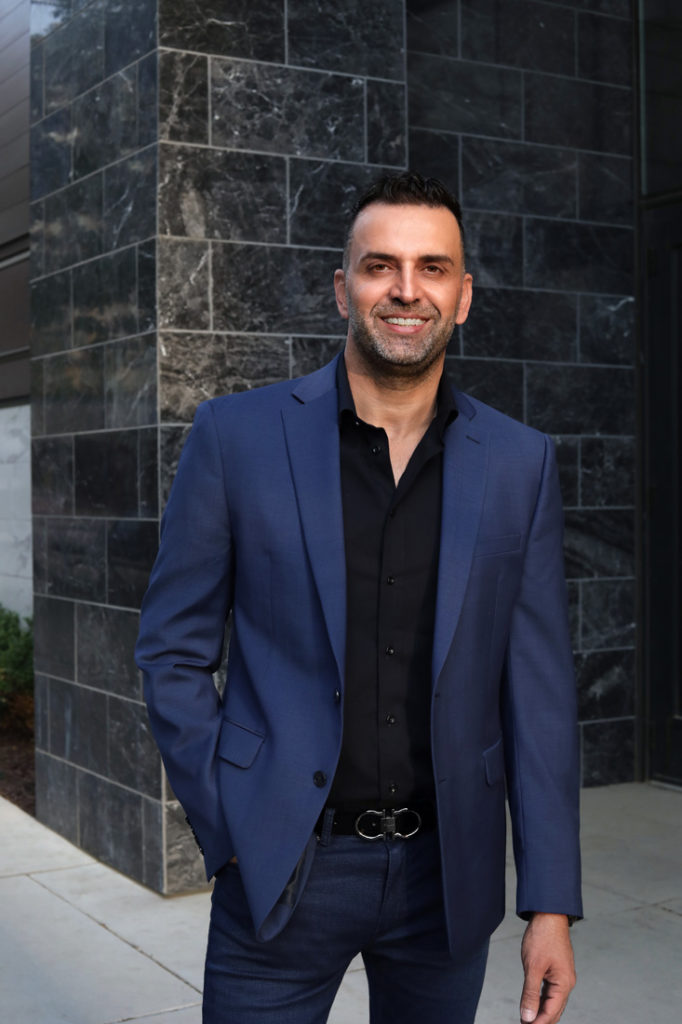 Roi Shlomo brought a West Coast concept to Atlanta when he launched self-serve frozen yogurt chain Yogli Mogli in 2009, and he acknowledges people wondered whether he was pushing the California-to-Georgia approach too far four years later when he opened the first Kale Me Crazy juice bar in Inman Park.

“I just knew the market was ready,” says Shlomo, who was meeting his own desire for non-GMO, fast-casual dining. “People want to eat like their grandparents used to. People want to connect with their roots.” 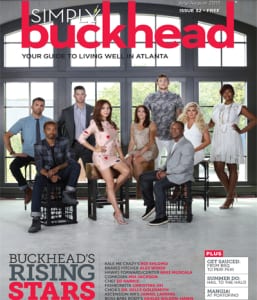 With more than 20 locations, including 15 in the Atlanta area, Shlomo has shown that Kale Me Crazy feeds a hunger for organic smoothies, cold-pressed juices, wraps and other healthy food. His experience with Yogli Mogli, which he sold in 2014, helps him choose franchisees who can’t be absentee owners. “This is not like buying stocks or buying real estate,” he says. “The business needs their attention.”

He’s taking his superfood cafe into the heart of health food culture by opening in southern California, starting with the fourth company-owned location in West Hollywood. Just as he lives near his Buckhead location on Peachtree Road, he hopes to find a home in Los Angeles and split time between the cities.

He embraces the chance to prove his recipes against the competition in LA, where one advantage will be size. The West Hollywood cafe is slightly larger than the Buckhead store, while healthy eateries in Los Angeles typically are smaller because of the higher rents. “Most places are either a smoothie bar, a juice bar, a poké bar or an açai bar,” Shlomo says. “We are not. We are a one-stop shop for all of these.”

He expanded and refined Kale Me Crazy’s menu for nearly two years after opening, and he continues to tweak the offerings, such as adding avocado and salmon toast and 2-ounce juice shots. By the time Shlomo was one of “Buckhead’s Rising Stars” on Simply Buckhead’s July/August 2015 cover, the mix of food and drink represented “our true identity,” he says.

Shlomo maintains the Kale Me Crazy lifestyle, working out five times a week, juicing and eating at the cafe. But his identity since he was a child in Israel has been “entrepreneur”—in part, he says, because “I’d be the worst employee.” He never went to college but says he understands business and hasn’t been afraid to fail while trying at least 50 ventures over the years.

He is bringing Kale Me Crazy to the site of one failure, Houston, where he moved at 21 from Israel to operate an ice cream truck. It was supposed to be a three-month gig to make money for some postmilitary travel. Instead, when he hated that job, he took a bus to New York, dabbled in street vending and decided to stay in America.

At 41, Shlomo remains focused on Kale Me Crazy’s growth while looking for the next food trend and dreaming of opening a fine-dining Israeli restaurant in his adopted hometown. “Atlanta is such a great market for start-ups because the cost of running businesses here is much cheaper, but the clientele is really good.”

I’m really proud of the Kale Me Crazy concept, how sustainable it is. Also I feel grateful for the Atlanta market to understand the concept and support it, and show that we were ready for it, and it’s not just about eating chicken wings and doughnuts.

I definitely see myself married with kids. I want to keep learning and getting better at business and my personal life. I really want to start mentoring more. I was really focused on opening my own businesses; I think the second half of my life I want to focus more on mentoring other people on how to start theirs.