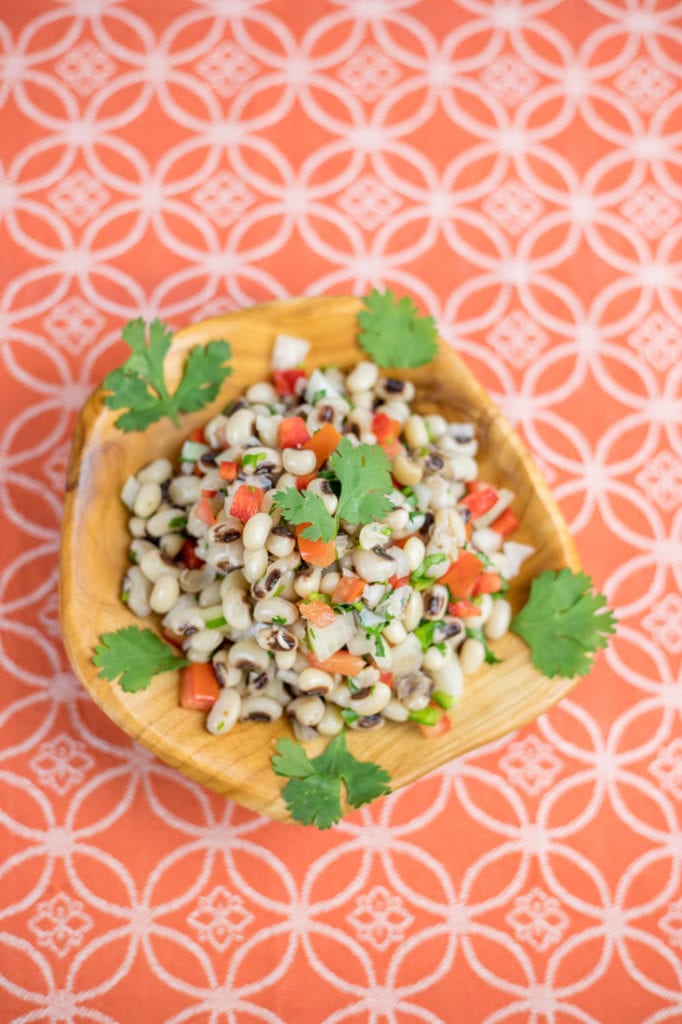 KarmaFarm is known for its vibrant gluten-free cafe fare. One of the most popular salads on the menu is a take on Cowboy Caviar. Owner McCall Wilder says of the recipe she shares, “Our Southern caviar is a Wilder family go-to. We eat it at home with chips as an appetizer, under grilled steelhead trout for dinner and as a side salad for picnics and lunch.”

Place black-eyed peas in a large mixing bowl. In a medium pan, sauté red onion, jalapeños and bell peppers over medium heat until warmed through. Add to the blackeyed peas and cool. Once cooled, add tomatoes.

In a blender, combine olive oil, vinegar, salt, pepper and agave, and blend until smooth. Toss dressing with salad. Chill and add garnish right before serving.