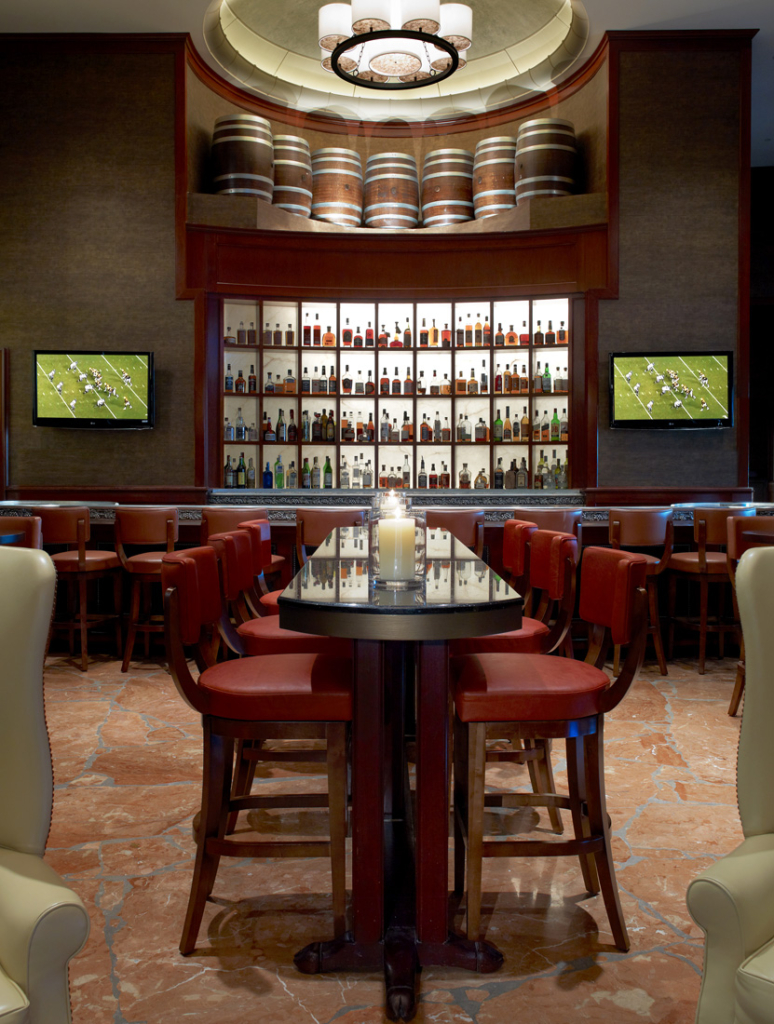 This past February, I joined Michael Magnole, manager of Southern Art and Bourbon Bar in the InterContinental Buckhead, and Maxime de la Grange Sury, the hotel’s director of food and beverage, on a visit to the Four Roses Bourbon distillery in Kentucky. The swanky restaurant and bar in the hotel features more than 100 varieties of American whiskey. But their mission on this trip? To tour the distillery and taste some of the country’s best bourbon. The ultimate goal was to select a private label barrel that would eventually be bottled and sold exclusively at Southern Art and Bourbon Bar. 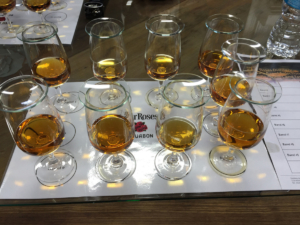 “We purchase private barrels because we like to separate ourselves from other bars,” Magnole says. 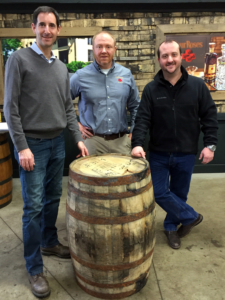 That would be Four Roses Master Distiller Brent Elliot. He led the tasting in the bottling facility that featured nine aged, high-proof bourbon barrels, each with its own recipe. Elliot explained how the variety of mash bills and yeast strains produced the distinctive flavors. “Each of these yeasts metabolizes the sugars differently,” he says. “Some are fruity; some are floral; some are spicy…and that’s where all the difference [in flavor] comes in.”

Private barrel selections like this one are big business for distilleries such as Four Roses, which initially set up its barrel selection process to help revive the brand after it was purchased by Japanese beverage company Kirin in 2002. Before that, the quality had taken a nosedive.

Not so today. Bourbon connoisseurs seek out Four Roses’ private barrel selections, making purchases like this one a coup for restaurants and bars. But private bourbon barrels don’t come cheap: One can cost between $7,500 and $10,000, depending on the age and label. And with a price tag that steep, choosing the right one is paramount.

Back at the bottling facility, Magnole and de La Grange Sury, a few others and I tasted the nine bourbons from wine glasses Elliot filled using a copper tool known as a whiskey thief, and we jotted down our tasting notes. The sniffing and swirling continued for a good 20 minutes, and Magnole and de La Grange Sury debated the subtleties in the bourbons’ colors, aromas and flavors, while the rest of us tried to remain neutral. 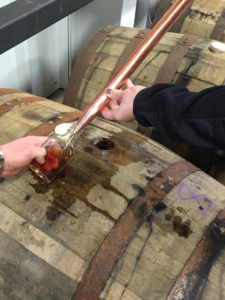 Finally, they decided to go with barrel No. 8 because it was well-rounded and ideal for both sipping and mixing. “I like No. 8 because Maxime said it smells like chocolate cake, and I smell pipe tobacco,” Magnole says. “Not cigar, not cigarette tobacco…that old school, wet pipe tobacco.” (No. 8 was my favorite all along, as well.)

The bourbon, which is expected to last between nine to 10 months at Bourbon Bar, was just delivered and released at a celebratory dinner on June 2 at Southern Art.