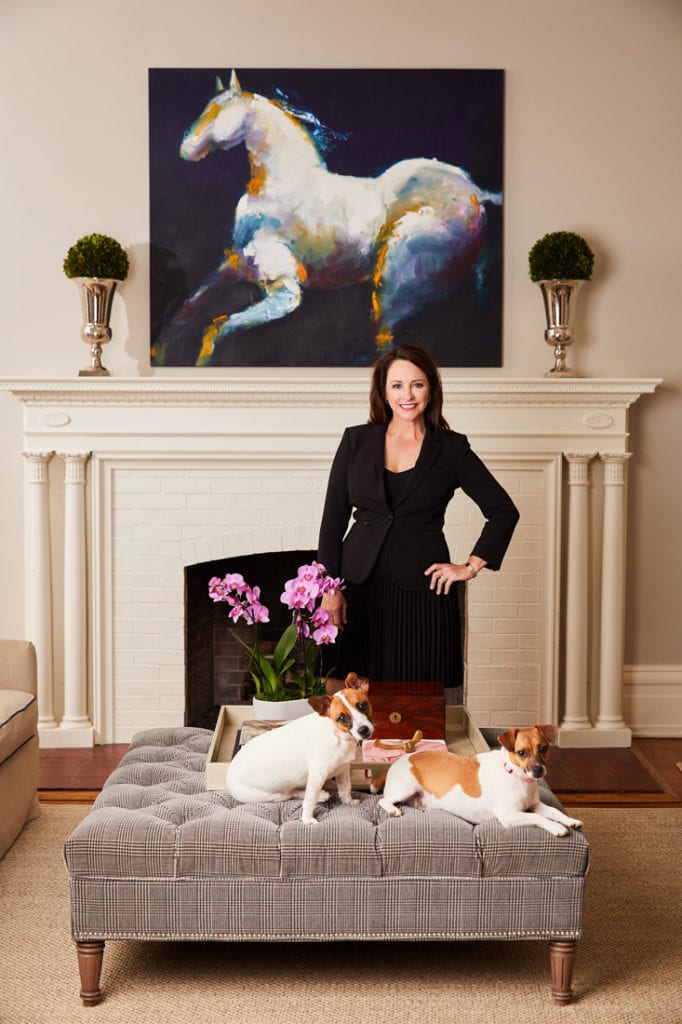 Carrie Scharbo is no stranger to starting a successful business. She and her husband, Mark, along with another couple, founded the now-ubiquitous mobile tech accessories company Case-Mate in 2005. Prior to that initial entrepreneurial endeavor, she spent more than a decade as a journalist, reporting the news on television in markets including Phoenix, Miami and Atlanta. Scharbo took a step back in 2011 to raise her children, and, when they began competing in children’s equestrian events around the country, she saw a void in the sport’s adjacent fashion market. She launched equestrian-inspired accessories brand William Grace (a combination of Scharbo’s son and daughter’s middle names) in 2019 with a signature clutch.

“Equestrian sports draw people from all over the globe, from every background and ethnicity. There’s a little bit of everything at the horse shows,” Scharbo says, adding that the events are accompanied by myriad vendor booths selling everything from boots to apparel to equine themed jewelry, often at high prices. She initially planned to offer children’s clothes through William Grace but instead decided to start with the leather accessories she knew so well. “At Case-Mate, we were designing and manufacturing leather goods for the iPod Nano and eventually the iPhone, which led me to launch our Essential Clutch. It helped me get back in touch with manufacturers and people I could trust to bring quality products to the market,” she says.

The company found success out of the gate, garnering a loyal customer base, both online and in brick-and-mortar stores. “I thought we would be kind of exclusive in the equestrian space, but as luck would have it, we were ultimately picked up in a few fine boutiques in the Southeast, which was wonderful and surprising to me,” Scharbo says. One of the early boutiques to catch the vision for William Grace was Poppy’s of Atlanta, located in Buckhead.

When the pandemic hit earlier this year, like many business owners, Scharbo was motivated to pivot and create masks. Using longterm manufacturing relationships, the company developed a line of antimicrobial, antiviral masks made with silver ion technology that holds up even through multiple cycles in the washing machine. Major companies including Atlanta-based CNN took note. The media giant ordered William Grace masks for its entire workforce worldwide— approximately 3,000 people.

Now that the company has been up and running for more than a year and a half, Scharbo continues to expand the brand’s product offerings, which currently include cashmere scarves and jewelry. She has plans to add apparel with an eye toward creating items that appeal to both equestrian lovers and anyone who appreciates affordable, functional fashion. 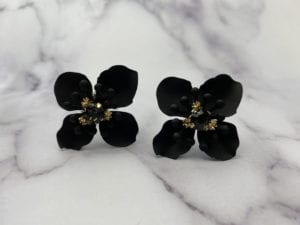 These chic earrings are the brand’s take on the azalea, a native Southern flower. The jet-black petals surround a cubic zirconia set in an 18-karat gold-plated center for a look that works as easily for a day at the office or a night out. 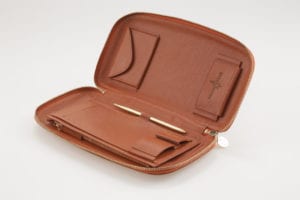 This roomy handbag, which can be custom monogrammed, dispels any misconceptions that a clutch has to be limiting. Made with Nappa leather in a rich pebble texture, it measures 12.5-by- 6.6 inches to carry essentials, either as a stylish standalone bag or tucked into a larger tote. The elegant exterior, available in black, navy, gold, orange and red, conceals a functional interior with several compartments and an included gold pen. A portion of the proceeds benefit No Kid Hungry, a national organization committed to ending childhood hunger, a cause Scharbo’s family is passionate about. 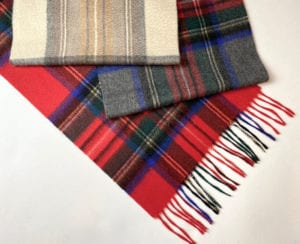 Launching this fall, these 100% organic Mongolian cashmere scarves are the brand’s first foray into the category. The ultra-soft wraps are a generous 64-by- 11.8 inches with a 3-inch fringe and are available in three plaid colorways: redblue, gray-blue and cream-blue. They’re just in time for chilly temperatures.