NOT YOUR MODERN SUSHI 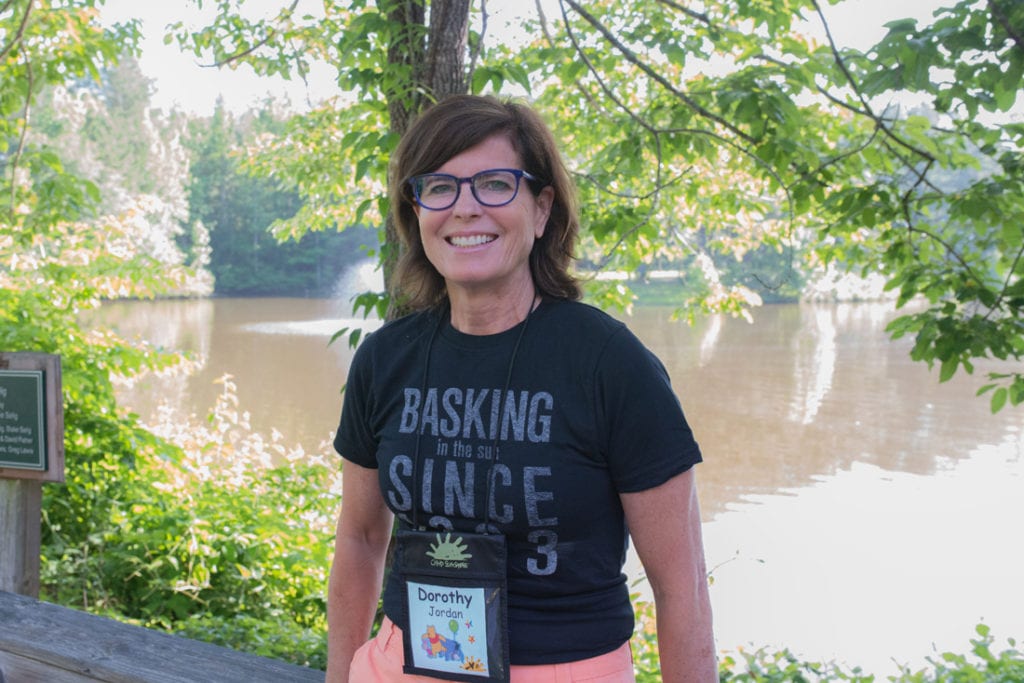 You may know someone like Dorothy Jordan. She’s one of those people who always has a story to tell. The Peachtree Hills resident never shrinks from sharing them, either. Her endless supply of uplifting tales comes from her association with Camp Sunshine, the nonprofit she founded to support children with cancer.

An associate clinical professor in Emory’s nursing school, Jordan has spent most of her career working with children suffering from chronic and life-threatening illnesses. “But I saw a gap in the care these children and families needed,” she says. “Either they were in the hospital or being seen in a clinic, but often they were isolated at home and feeling like they were alone.”

Part of Jordan’s graduate research took her to a camp for kids with cystic fibrosis where she saw a dramatic shift in patients she’d met only in the clinical setting. Suddenly, teens went from being defined by a diagnosis to just being kids: “goofing off, hanging out and doing regular adolescent stuff. I knew that was what we needed to do to give children with cancer a normal childhood experience and to give families a chance to focus on each other and other siblings while we took great care of the patients,” she says.

In 1982, Jordan raised the money to launch the two-week summer camp with 40 kids. Since then, the programming has expanded with ongoing events throughout the year that draw patients of all ages and their families to the Camp Sunshine House in Decatur for spa nights, dinners, games and festivals. “It’s become so much more than a program; it’s a community,” she says.

And it’s the source of so many stories. During a 2018 event at The Carter Center, where the conversation revolved around books and publishing, Jordan was again inspired, this time to put the stories in writing.

“I can tell story after story, but what’s important is to have them in the campers’ voices,” she says. To achieve that, she took a writing workshop at Emory, devised a plan, got feedback and started doing interviews one-on-one. The result: It’s Like Heaven, a collection of experiences centered around the camp. Some stories belong to campers; others are from community members who supported them. The foreword was penned by UGA Head Coach Kirby Smart and his brother, Karl, a former camper. “

Each of the 14 chapters is told in the first person and through the eyes of someone who was an integral part of the journey,” says Jordan. “Most of the stories are from adults who went to the camp years ago, and some are young adults who had a childhood cancer and who came back as pediatricians or oncology nurses. It’s amazing to see how the camp has inspired them to give back.”

Jordan hopes readers will get a sense of the powerful connection that happens through the camp. “It’s so hard to describe, but the best way to explain it was through these campers’ life-changing stories,“ she says. “They’re uplifting—something we need right now when we’re quarantined and in this national climate of injustice and derisiveness.”

The work took on a special significance when Jordan herself was diagnosed with cancer last year. After radiation treatments and surgery, her health has been 90% restored. “That gave me another reason to want to share the joy of these stories and empower people to connect to those they want to be with,” she says.

IT’S LIKE HEAVEN is available on Amazon, at Barnes & Noble and at mycampsunshine.com.

NOT YOUR MODERN SUSHI

THE FIGHT FOR RIGHTS