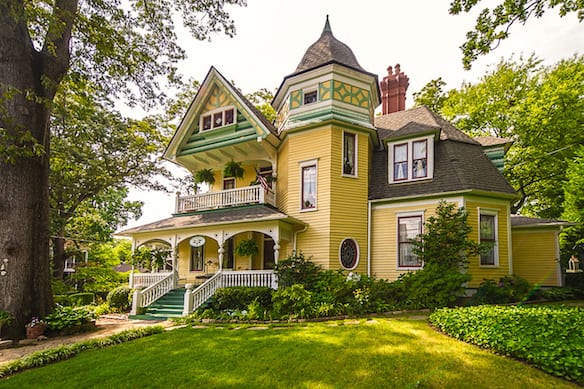 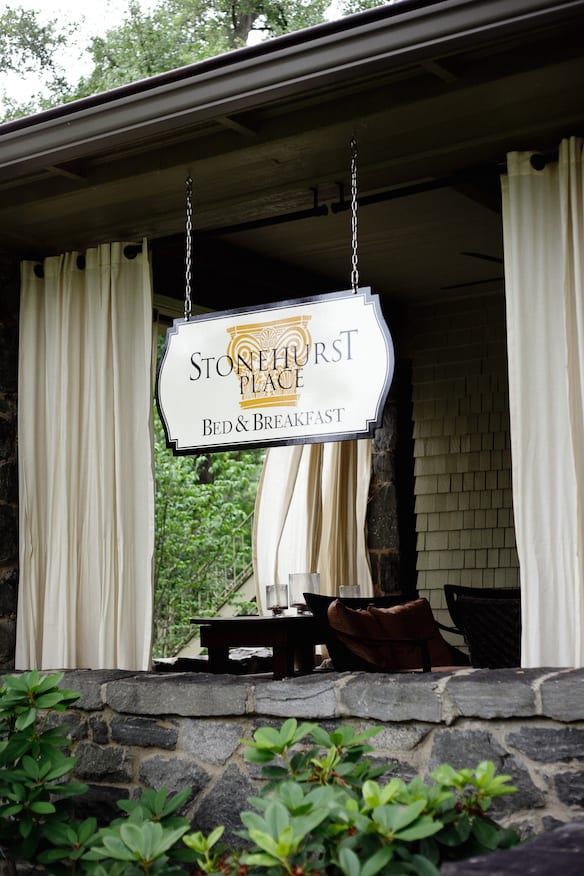 I have to admit, I’m not usually one to stay at bed and breakfasts when I travel one too close encounter sharing walls and bathrooms with oddball strangers, and I’ve been scarred ever since. But after a recent visit to two B&Bs in Atlanta, I am a self-proclaimed convert. Once you check into Stonehurst Place, you’ll understand. 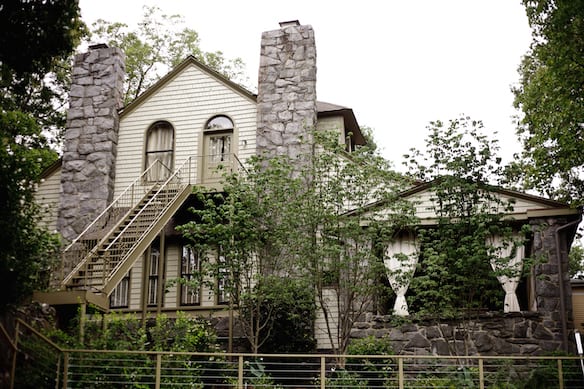 The elegant, modern retreat is perched on a garden filled lot overlooking tree lined streets in the heart of Midtown (in a shingle style bungalow circa 1896, no less), affording guests all the charms of a bed and breakfast with all the luxuries of a five star hotel. Original heart of pine flooring and crown molding commingle with free Wi-Fi, flat screen TVs and luxurious linens draping designer beds. Cozy gathering spaces decked in vintage furniture and ornate fireplaces intermix with marble clad bathrooms outfitted with soaking tubs, heated floors and spacious walk in showers. And hospitable innkeepers dish out trendy restaurant recommendations in the dining area where the harvest dining table is garnished with homemade cookies. 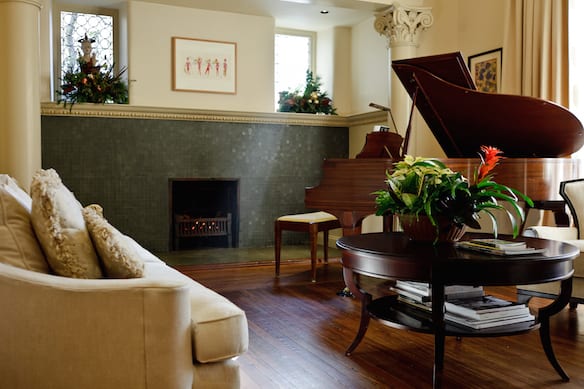 The roomy entry foyer hung with paintings gives way to a comfy music room, though we found ourselves on the rocking chairs of the front porch most often sipping a glass of red with jazz humming in the background. It was the perfect way to admire the impeccably manicured gardens blooming with native plants, the same ones that would’ve grown here 100 years ago. Later, we strolled over to Empire State South, celebrity chef Hugh Acheson’s award-winning hotspot. The restaurant, one of many, is just a few blocks from Stonehurst, making it even more appealing. Before you check out, try innkeeper Lori’s breakfast her sumptuous cornbread and eggs benedict rivals any restaurant around town. 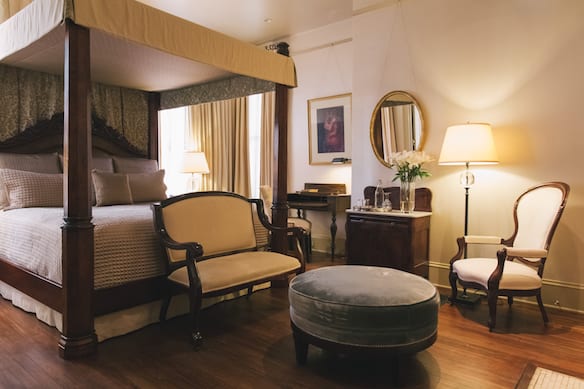 Yes, booking a stay in the restorative Hinman suite at Stonehurst Place transformed me into a full on B&B fanatic, and that was before I learned of owner Barb Shadomy’s eco-friendly efforts. When she bought the place in 2007, she put 17 months and $1 million into transforming the home into a green oasis. The improvements, including solar panels and an irrigation system, made Stonehurst the first EarthCraft-certified bed-and-breakfast in the state.

Surely a place like this was too good to be true, one in a million, the only gem in Atlanta’s B&B crown. I was wrong. A night at Sugar Magnolia proved as much. Tucked away in the first suburb of Atlanta (Inman Park), this inviting Queen Anne Victorian home from 1892 has been lovingly restored into a four guestroom hideaway, complete with a three story turret and grand staircase, six ornamental fireplaces, oval beveled windows, hand-painted plasterwork and a show stopping crystal chandelier. Linger in the antique furnished living room and you may be lucky enough to hear owner Jim Emshoff tickle the ivories on his baby grand during our stay, he serenaded us with “Georgia on My Mind” and “Here Comes the Sun,” and we hear his repertoire of jazz and blues tunes is seemingly endless. 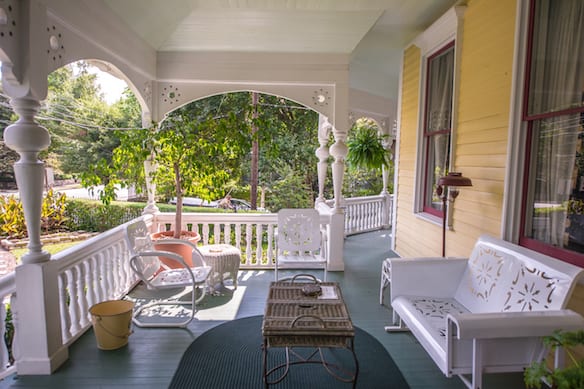 Though this turn of the century B&B is decidedly more quaint than Stonehurst, it’s not without its creature comforts. Coffee, soda and beer are complimentary and found in the inviting dining room, though the peaceful plant laden porches and private balconies are the prime spots for sipping and people watching. The whimsical rooms (none of which share walls with neighboring rooms) pump up the charm with heirloom furniture, and several are equipped with flat screen TVs, whirlpool tubs, king-sized brass beds, gas fireplaces and/or cathedral ceilings with skylights. Innkeeper Kathryn Kain’s signature French toast will keep you coming back for more it’s warm and comforting, laced with cinnamon, and utterly addicting. 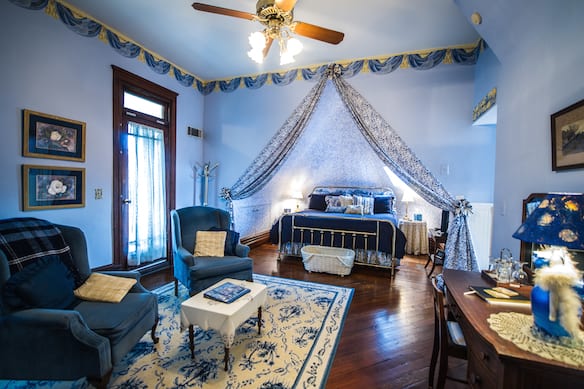 Best of all, there’s free street parking, direct access to MARTA (it’s just four blocks away) and you’re within walking distance to some of Atlanta’s best restaurants, such as BoccaLupo, Rathbun’s and Serpas. Or you can wander up the street to the brand new Krog Street Market, a converted 1920s warehouse where you’ll find a plethora of trendy restaurants, including Craft Izakaya and The Luminary, along with food stalls and prepared foods. All for under $200 a night. How many Atlanta hotels can say that?