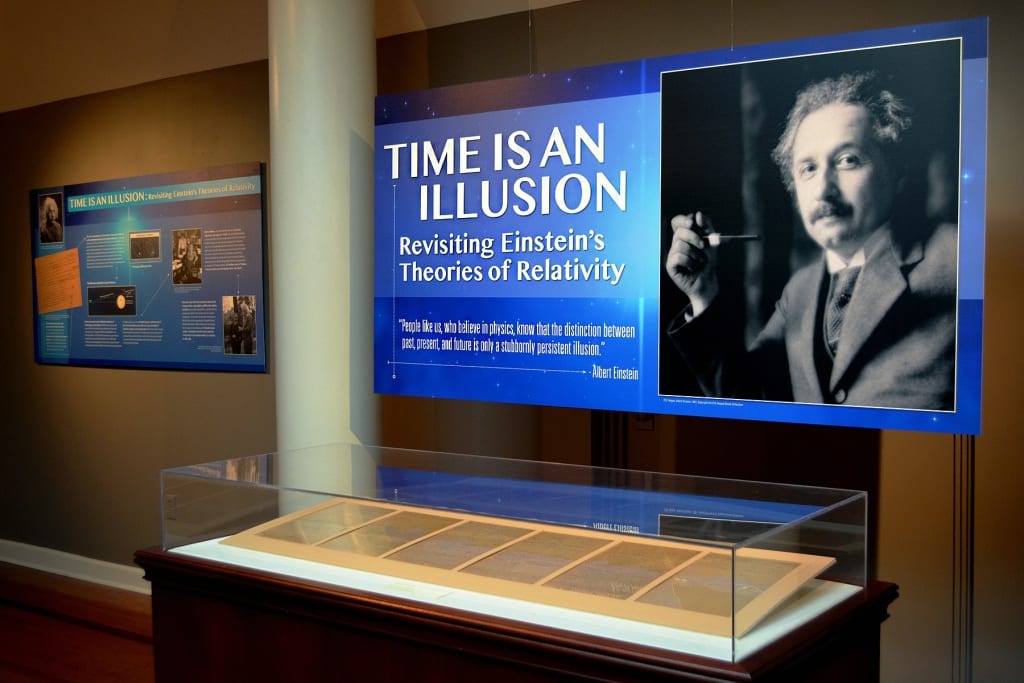 Albert Einstein’s original manuscripts are hard to come by. The theoretical physicist willed the bulk of his writings to Hebrew University in Jerusalem. Yet one handwritten manuscript, “The Experimental Confirmation of the General Theory of Relativity,” written circa 1920, remained with a colleague, and eventually made its way into the hands of an Oglethorpe University professor. Now it’s on display at the Oglethorpe University Museum of Art through April 30, the star of “Time is an Illusion: Revisiting Einstein’s Theories of Relativity,” an exhibit commemorating the centennial of Einstein’s famous theory. The museum will host several gratis events during the exhibit’s timeframe, including film screenings, complimentary admission on Einstein’s birthday, March 14, and a free astronomy observation night. Hosted by Fernbank Science Center astronomer April Whitt, “Cosmic Dust: Dreaming with Einstein,” April 15, kicks off at 7 p.m. with a brief talk in the museum’s Skylight Gallery. Then it will continue on the campus quad with a telescopic observation of constellations.