One of the highlights of this year’s ArtsBridge Foundation Overture Gala was a surprise appearance by acclaimed singer and actress Kristin Chenoweth. 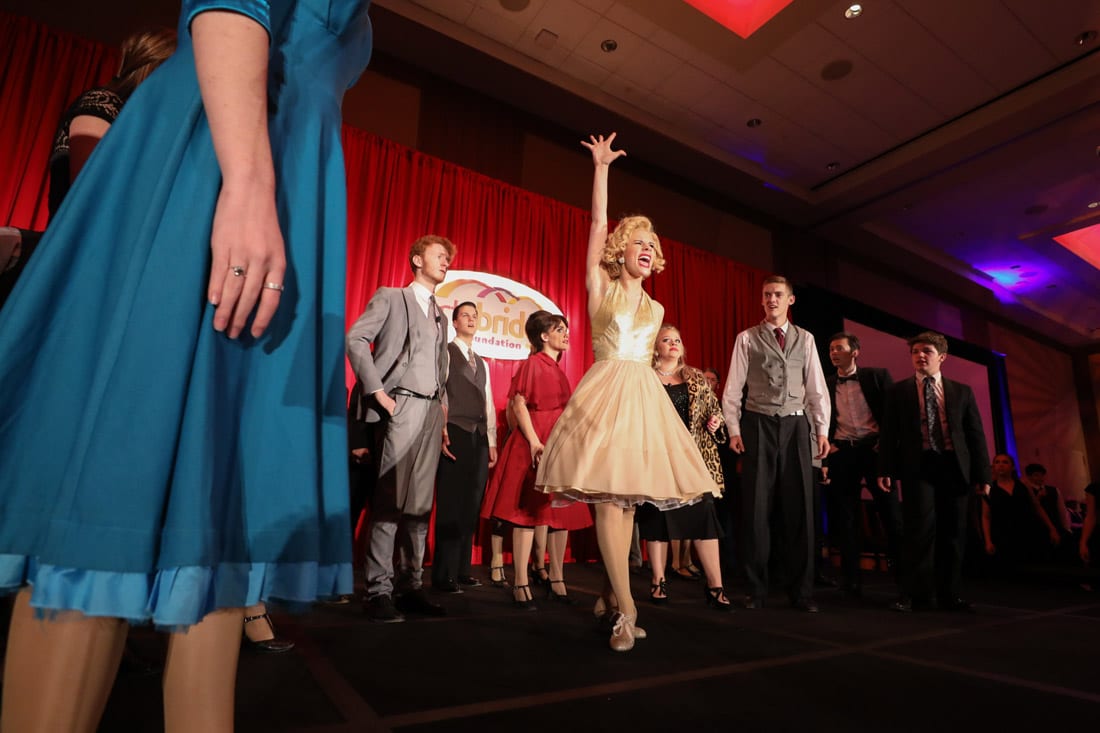 Set to perform a concert later that night at the Cobb Energy Performing Arts Centre, which gala attendees each received a ticket to, Chenoweth came out in blue jeans and hair curlers and chatted up the crowd seated in the adjoining ballroom as they enjoyed the festivities and a multicourse dinner prior to her show. Also making appearances at the event were students from Clarkdale Elementary School, who played an original composition on percussion instruments, and performers from Milton High School, who sang a selection from their award-winning production of the musical Curtains. The education outreach arm of the Cobb Energy Centre, ArtsBridge holds the gala each year to raise funds for field trips, classes and more that expose students in Georgia and beyond to performances by groups such as The Atlanta Opera and Atlanta Ballet.

THE ART OF THE REVIEW