Purposity makes it fun to help neighbors with a click! 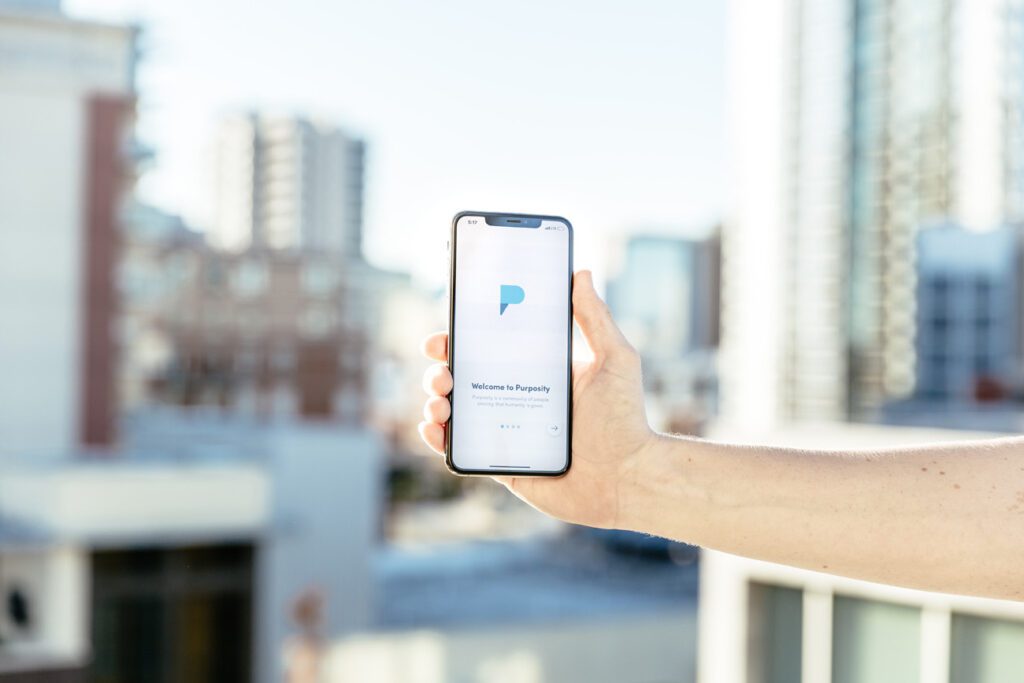 Children walking into schools with holes in their shoes helped guide Blake Canterbury along the purposeful path he has followed since college.

When he learned about such children from a school district’s homeless liaison—a job he didn’t know existed— Canterbury and some friends responded with the basic technology at the core of what became Purposity: a smartphone app that enables donors to meet specific, nearby needs costing $10 to $200.

“We believe we have the resources in the city to meet the needs of Atlanta. We just need people to join us, download the app and help a neighbor a couple of times a year,” says Canterbury, a Brookhaven resident who serves as chief executive officer.

Purposity, whose app launched in November 2018, isn’t trying to solve a problem just locally. Working from Buckhead’s Atlanta Tech Village, the company operates in more than half the 50 states and is partnering with Boys & Girls Clubs and Make-A-Wish to accelerate its national expansion.

The key for Purposity, he says, is to improve the experience of generosity, not just digitize it. Technology has made it easy to respond to a disaster by donating with a text, but his research found that can leave donors unfulfilled. Purposity combines location-based technology with social components into a lifestyle brand.

“If we can make generosity fun, transparent and easy, maybe millions of people would participate who never typically engage in generosity,” Canterbury says.

Users can search for needs nearby and follow specific agencies, read inspirational stories and see requests for clothes, school supplies, a family dinner, a mattress or a laptop, each written with an engaging title and emphasis on the positive outcome. “The realness of the human story” resonates with donors, Canterbury says.

App users can commit to meet a certain number of needs per month or year, and they receive regular reminders of those goals. Purposity also sends out notifications of the latest requests each Monday. The process maintains confidentiality while being transparent and free to the recipient, the donor and the agency connecting them. None of the donation goes to Purposity.

Users can add a tip for the company, which has relied on corporate donors and philanthropists to support its nine employees and fluctuating team of contractors. Long term, Canterbury expects sustainable revenue from helping companies improve their ESG scores, which tell investors how businesses perform on environmental, social and governance issues.

The average need in the app is about $29. Requests are precise to the penny to reflect the best price Purposity can arrange. Most needs are met within a week, Canterbury says. A donor who fulfills a request with the click of a button will receive a thank-you message when the item arrives within 48 hours. “This is when you realize, ‘Wait, yesterday, there was a kid without a pair of shoes. Today, they have a brand-new pair of shoes because I took 30 seconds out of my day,’” Canterbury says.

A self-described “big faith guy” who grew up in Griffin, Georgia, he aimed for a baseball career. But he broke his back weightlifting as a college freshman, then had his playing days ended by a pitch that shattered his hand a couple of years later.

Mentors helped him realize that assisting others, not being an athlete, was at the core of his purpose.

He first delved into applying technology to generosity when he ran a Twitter campaign to help families buy diapers after the September 2009 Atlanta flood. That success launched BeRemedy, which used social media to connect donors to nearby needs.

When an earthquake struck Haiti in 2010, Canterbury quit his job as the creative director for a web development company so he could run social media for relief efforts in the island nation. Haiti helped make him the man a school employee contacted several years later to solve the needs of homeless students.

Now 36, Canterbury found time in June 2016 to marry an accountant, Dana, whom he says provides the brains behind his dreams. They have a 3-year-old son and a 1½-yearold daughter. “Between growing a tech start-up and two kids, there’s zero sleep in our house right now,” Canterbury says.

But they have purpose, something he says too many people lack, and without it, the pursuit of happiness leads to emptiness. He advocates deriving a purpose statement from three questions: What breaks your heart? What are you great at? What do you want to be remembered by? Canterbury envisions future greatness for Purposity through an artificial-intelligence- aided expansion into all areas of generosity, from crowdfunding to volunteering. Just as people turn to Facebook for friends and Google for information, he says, they’ll look to Purposity for ways to do good in the world.

Besides Purposity, Buckhead’s Atlanta Tech Village has provided a home for several other startups doing good:

COMMUNITY BUCKET is spreading nationally from its Buckhead base. The company combines online connections and real-life needs to create volunteer opportunities that are also social occasions. communitybucket.com

GREENPRINT provides a mix of easy ways for companies to offset their carbon impacts and reduce waste. greenprint.eco