Former Atlanta Hawks center Zaza Pachulia has transitioned from a jersey to a suit without leaving the NBA. 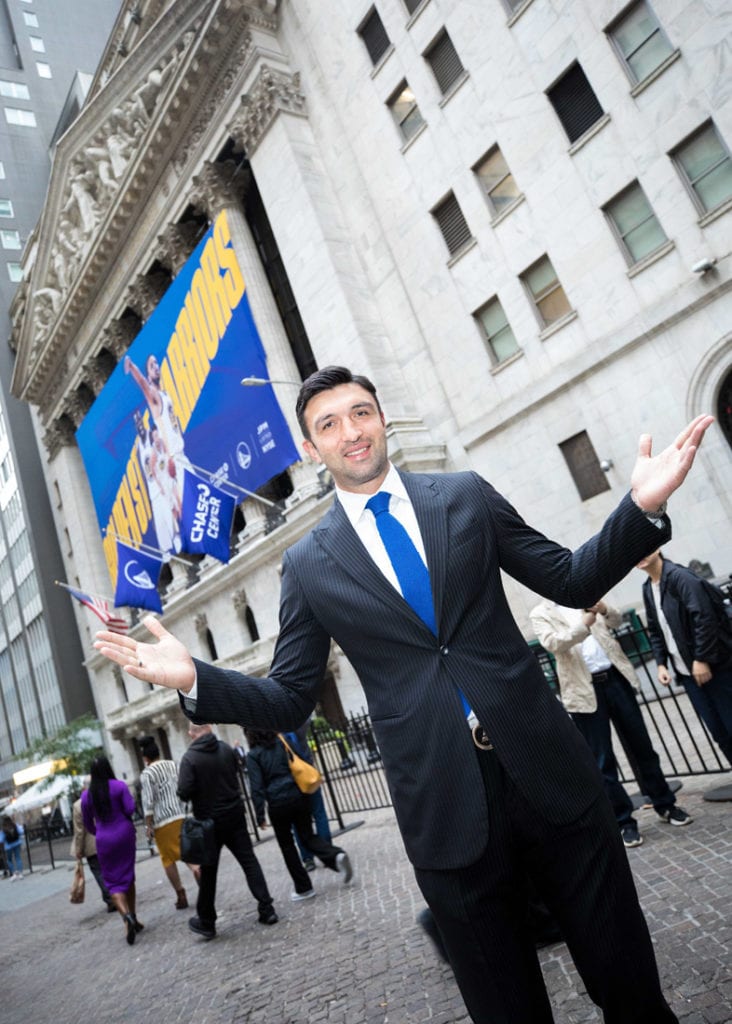 Pachulia spent half of his 16-year career with the Hawks but hit his professional peak by winning championships with the Golden State Warriors in 2017 and 2018. He returned to the Warriors in August as a consultant, an intentionally vague job title that let Pachulia sample everything a pro basketball team does off the court, from scouting and coaching to broadcasting and running the business.

“When you combine the experiences, it was pretty cool. There are so many dots to connect,” says Pachulia, 36.

He lives in the San Francisco suburb of Hillsborough but still misses Atlanta, from its Southern friendliness to its large community of people who, like him, are from the other Georgia, the former Soviet republic in the Caucasus. He and wife Tika kept their house in Sandy Springs when he left the Hawks for Milwaukee in 2013, hoping to return someday to finish his career in Atlanta.

“Atlanta is a special place. So many great things happened to me [there],” he says, from the births of his first three children to a physical faceoff with Boston Celtics star Kevin Garnett in the playoffs in 2008 that established Pachulia as a tough guy who wouldn’t back down. “I’ll never forget that atmosphere,” he says of the super-charged environment inside Philips Arena.

He even sees positives from his co-ownership of the Buckhead Bottle Bar, noted when he appeared on the September/October 2012 cover of Simply Buckhead, “The International Issue,” at the start of his eighth and final season with the Hawks. The bar failed within two years, but he enjoyed the experience and learned to be careful with his investments—and to stay away from the bar and restaurant business.

Pachulia isn’t certain which NBA professional path he’ll pursue, but he rejects the travel and crazy hours of coaching. He prefers to spend time with his wife and their sons, ages 11 and 10, and daughters, 7 and 2. He dreams his sons will follow his size-17 footsteps to the NBA, but he doesn’t coach them, instead struggling not to be too obnoxious as a sideline parent.

He credits his wife with helping him learn to be a better father, just as she enabled his long playing career. “We experienced so many great things together,” Pachulia says. “Without her, it’s hard to visualize that I ever could have done it.”