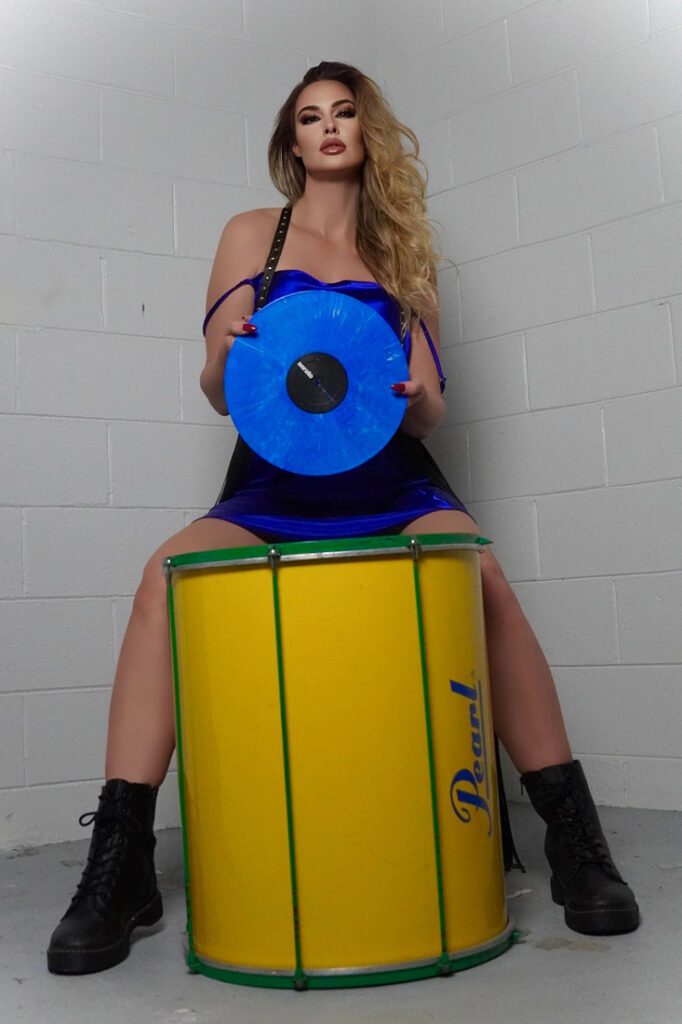 It took two heart surgeries to get Grace L’Amour in front of the turntables. The sought after local DJ turned her life around in 2008, leaving modeling and visual merchandising to pursue a dream she’d had since childhood. For the last 10 years, she’s been spinning songs at local corporate events, boutiques, art galleries and gala openings—a career she’s dreamt of since she was a kid.

Growing up in Woodstock, L’Amour recalls hunkering under the blankets with a flashlight and a cassette/radio player to listen to DJs at work. “When I realized people could do it for a living, I was amazed,” she says.

But before she broke into the music world, L’Amour detoured into modeling in New York, teaching yoga and dabbling in fashion. But between 2007 and 2008, she underwent two heart surgeries that “really shook me up. I felt I was led to do more with my life, and my soul wanted to be creative in a musical way.” 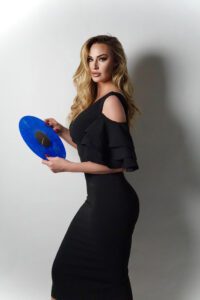 As a woman breaking into a male-dominated field, L’Amour knew it wasn’t going to be easy. She started part-time, picking up gigs at whatever club would hire her. In 2008, she committed to doing it fulltime and moved to Charlotte, where she worked for a year before coming back to Atlanta.

“I was still trying to break into the scene here, and it took a lot of grit,” she says. “I’d wake up at 6, teach yoga and then be out until 2 a.m. scouting different clubs and promoters. I had less of a big break and more of a slow burn. I’d be at an art gallery one night then rock a stadium for a pro league the next. I finally got to the point that people found me through word of mouth as the momentum grew.”

She was also ready with plenty of musical inspiration. Growing up, she was surrounded by a range of styles, from the Doobie Brothers and Chaka Khan to jazz and hip-hop. “I took that foundation and developed a diverse and extensive knowledge of music through the years, and that shows up in my sets,” she says. “I read the room and plan based on what the feel is. And I also know if I’m not moving behind the decks, the crowd’s not moving, either.”

When it comes to getting people on their feet, L’Amour says she can rock a room as well as any man. “I think we need more female presences in all industries, but especially music and DJing. But I don’t look at other DJs as competition. We are all given gifts in our lives, and the sooner you tap into them and let them blossom, well, the sky’s the limit.”

L’Amour also takes on an oldschool approach when it comes to the big question: Digital or vinyl?

“I learned on vinyl, and it’s my favorite,” she says. “But when I have four gigs in one day, it’s really hard to pack all those albums. Now I have virtual crates; I can connect to a controller with my laptop. But I still like to bring a turntable sometimes because it feels most like home to me. And one of my favorite things is still to browse record stores. Fantasyland Records in Buckhead has a couple rooms of vinyl that I love.”

In between energizing corporate get-togethers, society galas and art gallery openings, L’Amour spends Saturday afternoons at Le Bilboquet in the Buckhead Village, spinning tunes to go with the champagne lunch service. Just what kind of music pairs with bubbly? “It could be Michael Jackson, Whitney Houston, Stevie Wonder or the Temptations— whatever makes it a fun environment.”