A Day In The Life

When you grow up but don’t outgrow playing with LEGOs, you make it your job. 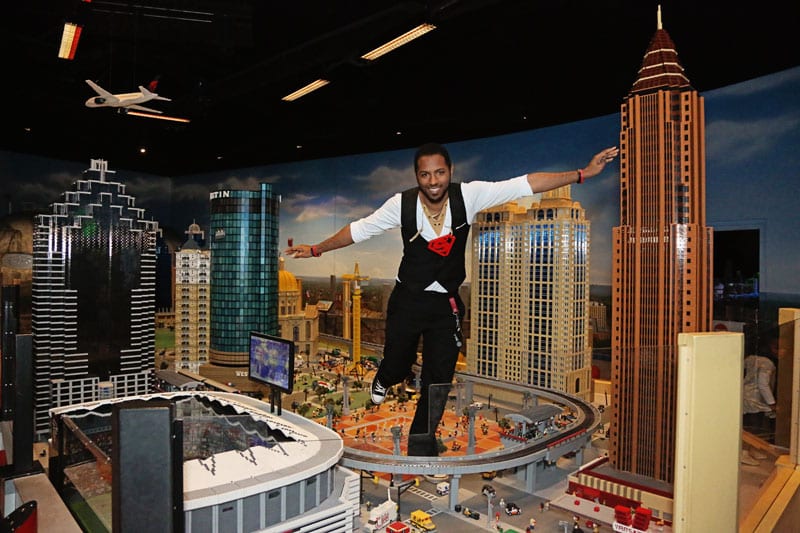 Aries Viera is 24 years old, and he still plays with LEGOs. In fact, it’s his job. Yes, the man gets paid to play with LEGO bricks all day. (Technically they’re called “bricks.”)

Viera is the master builder at the LEGOLAND Discovery Center in Phipps Plaza, a position he has held since 2014, when he beat out a host of contestants during a daylong competition to nab the coveted position.

The Sandy Springs resident knows how good he has it. “Working here is the most fun I’ve had in life. People are always jealous,” he says of being responsible for creating exciting new LEGO works for guests to enjoy. “Still, it’s a job, and sometimes it’s stressful.” In fact, he works most weekends.

Viera’s love of LEGO bricks began at an early age. His first creation was a submarine he made from a kit when he was 5 or 6. The Atlanta native continued toying with bricks until he was around 16, at which point he just up and decided one day to donate his huge collection of bricks to a local YMCA.

After graduating from Campbell High School in Smyrna, Viera moved to Chicago and studied media design and illustration at the Art Institute and held various jobs such as electrician’s apprentice and airbrush artist before landing his full-time gig at LEGOLAND.

In his off time, Viera still draws and paints, and also participates in video game competitions. Says Viera of gaming: “It definitely helps develop your hand-eye coordination,” a skill one obviously needs to be a LEGO master builder.

To see what the life of a LEGO ninja is like, we checked in with Viera on a typical Friday. Here’s how the day went down.

9:30 a.m. Viera heads into work. There’s a pre-opening meeting to attend and various duties and paperwork to take care of.

10:00 a.m. As Viera checks to make sure everything is in working order and ready to go, the anxious youngsters waiting in line outside the main gates are herded in. 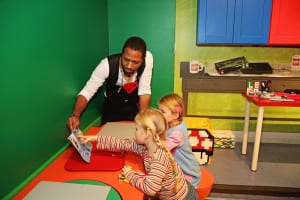 10:30 a.m. As a junior builder shadows him, Viera teaches a workshop called “Spin the Gears” to a group of 10 first-graders. Wearing a bright red Superman logo across his chest that he’s fashioned out of bricks, he cheerily greets the students with a rousing, “Hello, my name is Aries. How is everybody doing today?” Each kid is then handed a see-through bag with a set of bricks inside, and Viera instructs them not to open the bag just yet. A few even manage to resist the temptation. As Viera then walks the group through the steps of the build, he educates them on the basics of gear mechanics.

11:00 a.m. The next few hours are spent leading more workshops, assisting guests with their builds, and helping out with whatever else needs to be done, like sharing rides with kids who can’t go by themselves and starting the 4-D movie.

2:00 p.m. Viera takes a lunch break, which, as usual, means grabbing a quick bite to eat and then heading to his office and tinkering with some bricks (he recently finished a life-size guitar) or working on a specific piece for an upcoming display (he started on Valentine’s Day-themed builds months ago).

3:00 p.m. The afternoon consists of more classes, helping out in the Master Builder Academy and doing some final preparations for his talk at the big Celebricktion event held at Cobb Galleria in October.

6:00 p.m. After a long day around kids amped up on juice boxes and having endured countless playings of “Everything is Awesome” on the overhead speakers, it’s time to clock out.