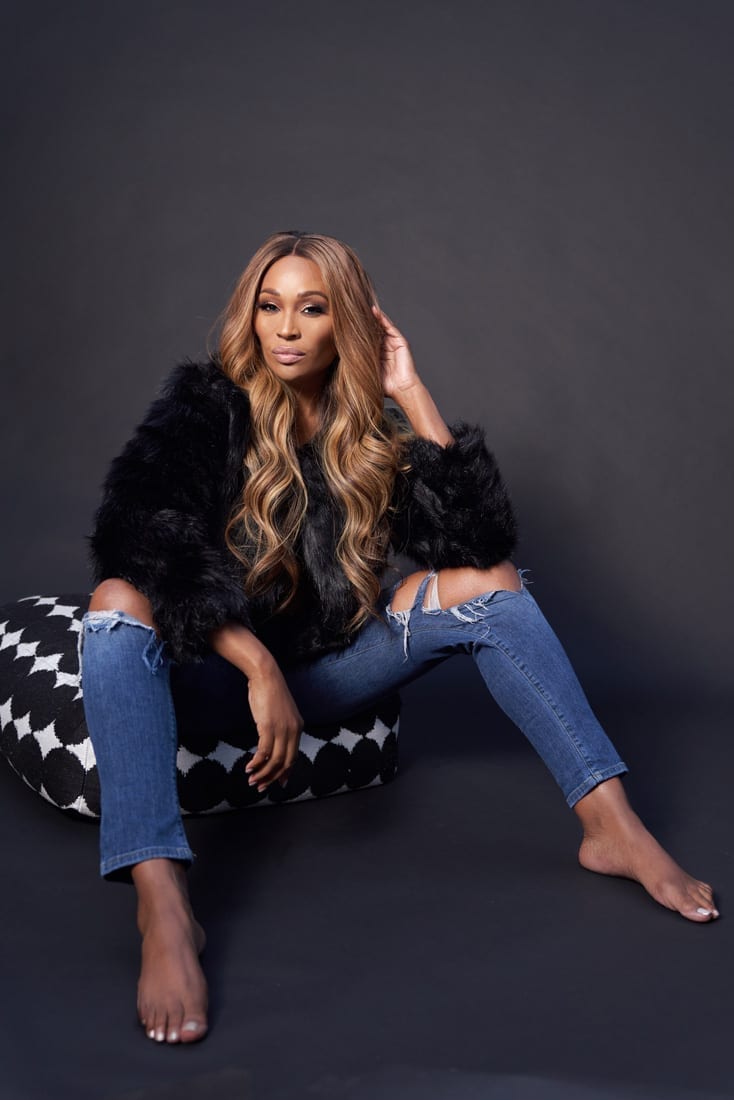 The greatest lesson Cynthia Bailey has learned from her 11 seasons on “The Real Housewives of Atlanta,” is that it’s good to get out of your comfort zone in order to evolve. “I never thought I could do drama-based reality TV or was right for it. It’s been over a decade now, and I basically ended up on this show because I decided to take this leap of faith,” says Bailey, who began filming season 14 in May.

In actuality, the 54-year-old reality TV star, entrepreneur and model was getting out of her comfort zone many years before the show began. At 18, the Tuscumbia, Alabama native was scouted by the coveted agency Wilhelmina Models and began pounding the pavement in New York City, going on casting calls for modeling gigs. “I started in what I call the ‘good old days’ of modeling. There was no social media. You really had to do your time to make it,” Bailey recalls.

And make it she did. Bailey booked the cover of Essence magazine, which launched her career. “As a kid, I always looked up to the women in those magazines because they looked strong and confident. I was so honored to be on Essence’s cover not once, but twice,” she says. Fashion Week runway shows in New York, Paris and Milan and more modeling jobs in fashion magazines such as Vogue, Glamour and Elle ensued. In 2001, photographer Annie Leibovitz photographed Bailey alongside other black supermodels Iman, Beverly Johnson, Naomi Campbell and Tyra Banks for an iconic fashion spread in Vanity Fair.

Bailey has lived in Atlanta for 11 years, and resides in Sandy Springs at, fittingly, Lake Bailey. In 2011, she became a modeling mentor with the launch of The Bailey Agency School of Fashion, which is now an exclusively online modeling school that trains up-and-coming talent. “So many people don’t know how to get started in the industry, and a lot get scammed out of thousands of dollars,” Bailey says. “Regardless of whether or not they have what it takes, we give hopefuls a safe haven to go through the training and an opportunity for exposure through our contests and competitions.”

Though she does have a penchant for Ralph Lauren’s timeless pieces and Stella McCartney’s fun, chic and edgy designs, Bailey says her go-to look is more low-key. She embraces her own personal style rather than any one trend or designer. “I have a very classic style. I don’t wear a lot of trendy things. My uniform is a black jacket and black pants, and I do love a good tuxedo suit,” Bailey says.

This past fall, she broke up with her all-noir ensemble to don a rose-gold wedding gown. After a stressful time wedding planning due to COVID, which was documented on RHOA’s season 13, she wed TV broadcaster and author Mike Hill in a gown by Atlanta designer Nneka C. Alexander of Brides by Nona. “I knew I wanted to work with a black female designer. Nneka showed me her sketches, and I was blown away. She translated my vision perfectly. I didn’t want to be a traditional bride and wear white. The rose-gold dress represented where I am in my life right now—my golden years,” she says.

Busy as ever, Bailey continues to build her entrepreneurial empire. This year, she is looking to expand her luxury leather accessory collection, CB VIOR. The fashionista stepped out of the style arena to open The Bailey Wine Cellar, a wine bar, and event space The Bailey Room at The Beacon in Grant Park in 2019. Additionally, she hints at future TV projects which may include a budget home-improvement reality show and a Matchmaking dating show, as well as scripted TV and film acting roles.

“When I was younger, I looked at the 50s as getting old, but now I realize turning 50 was just the beginning for me. I walk towards my purpose daily and believe that the sky’s the limit,” she says.