Recognize the early signs of Alzheimer’s. 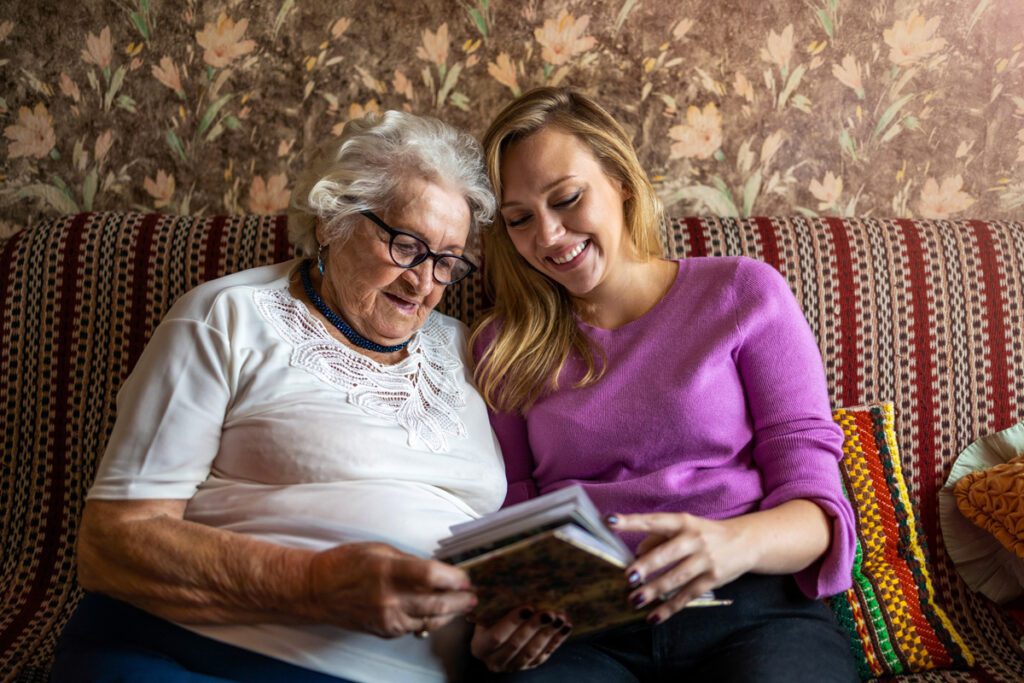 It can be hard to discern between the typical forgetfulness that comes with old age and the onset of Alzheimer’s. Dementia is a general term for people who experience issues with memory.

“Alzheimer’s disease is the most common form of dementia, and the onset is usually after the age of 65,” says Dr. Robert W. Gilbert Jr., a neurologist with Piedmont Clinic in Buckhead.

Alzheimer’s short-term memory loss is often paired with executive decision-making problems or bad judgment calls. These can include struggling to pay bills, forgetting appointments, making a financial decision that doesn’t make sense, difficulty with multitasking like planning a trip, getting a little disoriented in familiar places or having trouble recalling a close friend’s name. You might also notice personality changes, such as increased anxiety, moodiness, depression, easy distractibility and sleep disorders.

Gilbert emphasizes that family members play an important role in helping a loved one seek help and should attend appointments to fill in blanks. He initially asks them if the person experiencing short-term memory loss tells the same story over and over, or asks the same questions repeatedly.

Dementia can develop from a host of things, including family history, head trauma, a brain tumor or vitamin deficiencies, and Alzheimer’s is caused by amyloid protein deposits in the brain, not old age. So Gilbert encourages everyone with shortterm memory loss to get checked.

Whether you visit a primary care physician first or go straight to a neurologist, the doctor will want to do bloodwork to rule out things such as a thyroid imbalance or vitamin B-12 deficiency. They’ll also look at any drug interactions that can aggravate the condition.

During a neurologist’s exam, you’ll be asked a short series of cognitive questions. If there’s reason for further examination, you will be referred to a neuropsychologist for cognitive testing. This takes around two to three hours and includes an in-depth assessment of memory, decision making, numbers and calculation. From there, you may also receive an MRI scan that is useful for ruling out underlying causes such as mini strokes, brain tumors and a subdural hematoma (brain bleed).

“The office exam and cognitive testing are the main tools we have to rule out depression, regular aging and underlying issues versus Alzheimer’s,” Gilbert says.

Additional diagnostic tools include amyloid PET scans that show protein plaques in the brain and spinal taps that measure the levels of proteins in the cerebrospinal fluid, but Gilbert says those aren’t routinely used by neurologists as they are still in research trial phases.

Physical exercise and eating a healthy diet are proven to be the two most important things you can do to slow the disease’s progression. “Simply walk 10 minutes a day. If you can’t walk, stretch or do yoga. All of these things are helpful. We don’t know for sure why, but it could have to do with improvement in blood flow to the brain because we know decreased blood flow makes dementia worse,” says Gilbert, who recommends a Mediterranean diet focused on plant-based foods, whole grains and lean proteins.

Social interaction inside and outside of the home is also key to reduce hopelessness that might come with the disease and exacerbate a sedentary lifestyle. “Depression, obesity, diabetes, hypertension and stroke are all comorbidities of Alzheimer’s,” Gilbert says.

Currently, no prescription drug has been proven to stop the progression of Alzheimer’s. However, Gilbert is hopeful about Lecanemab, an IV infusion therapy that has been in the news this fall and looks promising in its phase three trials. “It is showing a 27% reduction in decline for those diagnosed with early Alzheimer’s, which is better than anything else we’ve had.”

Born in the ATL