Atlanta Hawks player thrives with an assist from his family 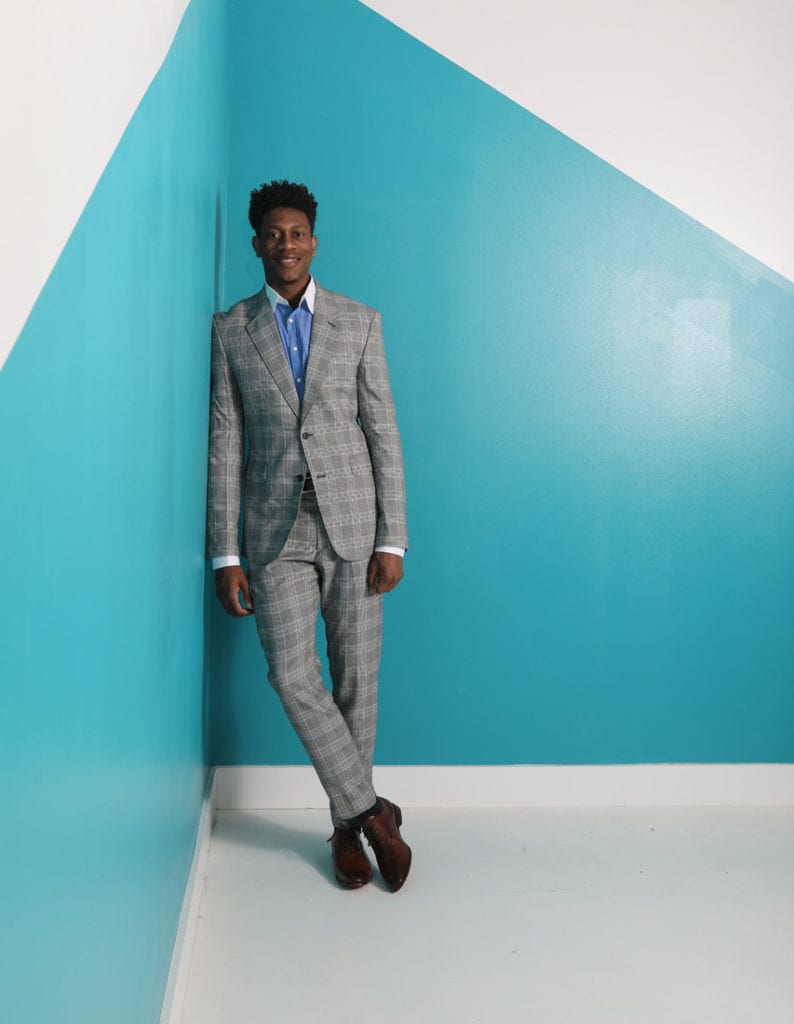 Not everyone moves his mother more than 700 miles to be close to his first job out of college— even if that job pays $7 million a year. Not everyone is Atlanta Hawks forward De’Andre Hunter. The Hawks’ top pick of the 2019 NBA Draft, taken fourth overall out of the University of Virginia, wanted his mom, Priscilla, nearby as he turned pro. They moved from Philadelphia, albeit to separate homes, while his brother and two sisters remained behind with their families. Hunter, who lives in Buckhead, likes to hang out with his mother, take her out to eat at restaurants such as Flower Child, STK Atlanta and Houston’s, and otherwise explore his new city. The Hunter family shares a closeness created by the death of Hunter’s father, Aaron, when De’Andre was 7. His brother, Aaron Jr., then 19, nurtured De’Andre’s basketball love and talent. Hunter says of his dad: “He’s always on my mind and definitely the reason I play basketball and the reason I’m trying to do what I do now.” Hunter wears a necklace with an image of his dad holding him. It’s prominent in a draft-night photo with his mom the Hawks tweeted on Mother’s Day and in the online documentary he made with his brother about his path to the draft. Athlete Exchange, a division of the Wasserman sports agency representing Hunter, released Brotherhood online this spring. “I’m not really a big attention guy or speaker,” Hunter says, but he’s happy with the response. “I wanted people to see a different side of me, not just as a basketball player, but what goes on off the court.” According to Brotherhood, Team Hunter concluded months before the draft that Atlanta was ideal. “We felt that was the place where I would have the most opportunity to play right away,” Hunter says. “Atlanta’s a great city as well off the court.” The documentary highlights his high school career at Friends’ Central, which he led to a state title as a junior after missing his sophomore season with a broken leg. He repeated the injury- to-championship trick in college: A broken wrist sidelined him before top-ranked Virginia lost its 2018 NCAA Tournament opener, then he led the Cavaliers to the 2019 NCAA title. “If you don’t live up to expectations, people are going to say whatever they want, and they’re going to write you off,” Hunter says. “None of that matters. What actually matters is what you do in the gym and how you improve.” Hunter played a slow, defensive style in college. He has freedom to run under Hawks Coach Lloyd Pierce. But Hunter’s statistics as Virginia’s main man and as Atlanta point guard Trae Young’s wing man are almost identical. In his college career he produced 12.4 points, 4.4 rebounds and 1.6 assists per game; as an NBA rookie, he averaged 12.3 points, 4.5 rebounds and 1.8 assists. He was playing some of his best ball when the NBA shut down March 11 because of COVID-19, perhaps stunting the development of a team so young that Hunter, 22, is older than four other Hawks. He spent part of the break in Atlanta and part in Charlottesville, Virginia, working out, playing video games and watching movies. When he returns to the Hawks’ Brookhaven practice facility, he’ll again have his mom close by and almost daily phone calls with his brother. Wearing his No. 12 Hawks jersey, Hunter aims to repeat in Atlanta what family support helped him achieve in high school and college: a championship. “There’s a certain level of mental toughness. Being in the NBA, that’s definitely something you need,” he says. “All you can do is get better and play next season.”