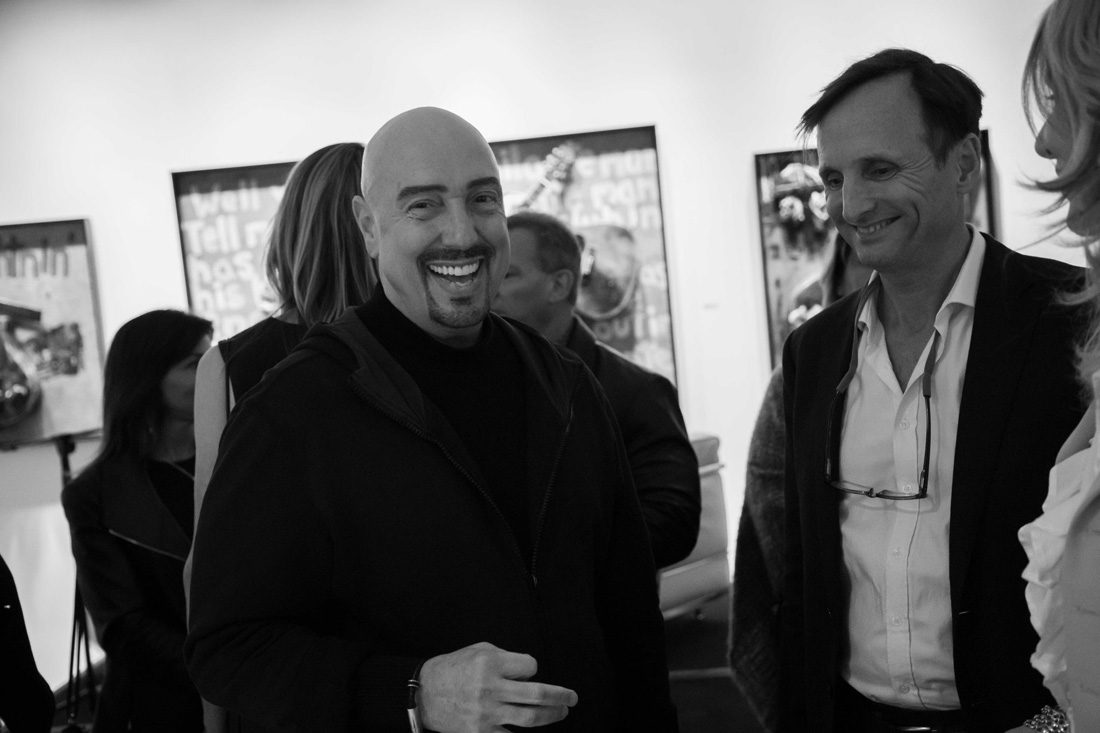 For Bill Lowe, the iconic Buckhead gallery owner who first put his name on a space in 1989, the relationship with art was all about love.

“It’s like falling in love; it’s an energetic thing,” he said in an interview with Simply Buckhead last spring.

“You don’t marry because it’s a good investment. There’s no guarantee it will pay off. It’s like your spouse: You have to live with it and had better love it.”

For Lowe, who died in December at 68 from Hodgkin’s lymphoma, art incorporated emotional, spiritual and psychological elements that mattered more than financial appreciation. “Art is inherently sensual,” he said. “I am very committed to making it matter, and buyers make it matter to me and my life.”

Giving others the chance to have a life in the art world was also important to him, says Anne Dennington, the executive director of the nonprofit arts organization Flux Projects.

“The opportunities he gave me at such a young age–wow!” she says. “And it wasn’t just me. Bill had the ability to see the potential in everybody. He’d spend as much time with a student as he would with a collector. He was probably the most accepting person I’ve ever known.”

Dennington worked with Lowe in the early 1990s in sales, went back to school for a master’s degree then returned to the gallery for another 10 years and worked her way up to gallery director. “I saw how he was driven by this passion for the arts,” she says. “He believed artists were shamans tapping into a universal truth that they shared with us. He’d be on the phone for hours with artists talking about philosophy.”

Lowe also supported the art scene beyond his gallery. He hosted the inaugural Art Papers Art Auction in the early 2000s and started the Miami Circle Art walks and strolls. “He made the arts fun in Atlanta,” Dennington says.

Gail O’Neill of ArtsATL never worked for Lowe but enjoyed a strong, 15-year friendship and saw up-close how right his instincts were.

“I remember when he had a gallery in Santa Monica in the 1990s, he hired a back-up singer for Tina Turner because he fell in love with her energy,” says O’Neill. “She turned out to be one of his most successful sales people.”

O’Neill also recalled Lowe being one of the major players in putting the city’s art scene on the cultural map. “His gallery is where I would take people from out of town to show them how vibrant and radically important Atlanta is for art,” she says. “He was very progressive, not bound by conventions. And he approached everyone with the same level of time and attention. I really and sincerely miss him.”

Donovan Johnson, who worked with Lowe for 10 years and is now the gallery manager, says Lowe saw his potential at their first meeting, when Johnson was 18. “He told me there are many paths to achieving your highest aspirations. Some have connections and wealth. Some have sheer talent. Others are left to pull together the sum of all their experiences and interests to craft a pathway from nothing, to rise from the ashes with nothing but their own drive. I might be one of those people.”

Lowe is also remembered as a survivor of a difficult industry, despite some controversy. In 2017, a court ordered him to pay restitution to artists and agents in a dispute over payment.

“The gallery business is hard, but he didn’t quit, even as other galleries closed or no matter how hard it got,” Dennington says. Lowe’s attitude toward art will continue to guide the gallery, Johnson says.

“It originates with passion,” said Lowe. “What do you love to look at? Start there, then move into letting art reflect the values of what you love.”