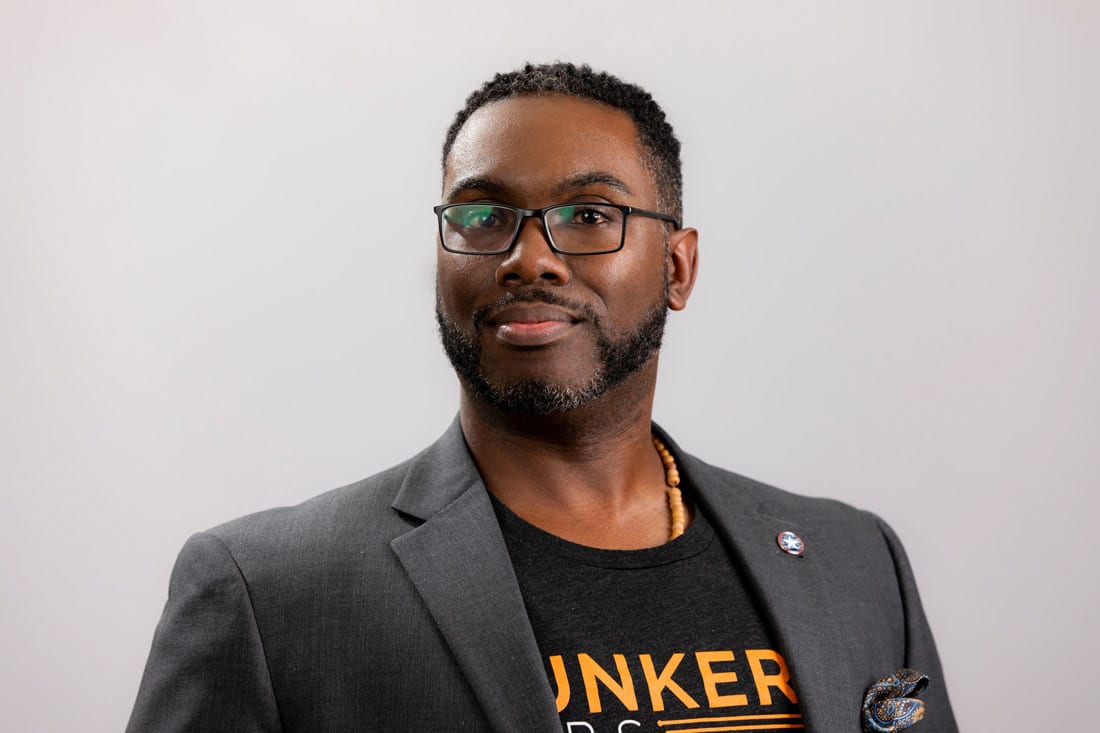 “Twenty-five percent of veterans and spouses transitioning from the military want to start their own businesses but don’t know how to begin,” says Jason Smith, a former Air Force captain and one of three Atlanta leaders of Bunker Labs, a national veteran-led nonprofit funded primarily by corporate sponsors such as Google’s VetNet community. “During our six month intensive programs, we provide shared workspace and subject matter experts, teach business and communication skills, and help our aspiring military entrepreneurs make connections in the business community,” says Smith. “The idea is to offer resources that motivate them to move forward.”

Vets and spouses begin by attending Bunker Brews, open happy hours held primarily in donated spaces in Buckhead. Those who want to participate in the intensive program complete applications, and 10 are selected for each session. The programs are led by Smith; Megan Rohe, a Sandy Springs resident and military spouse; and Scott Tekesky, who served in the infantry.

Success stories abound. One participant who specialized in complex installations for electrical and computer systems arrived unfocused. “He now earns a six-figure income,” says Smith. A pair of Army Rangers who got degrees in nuclear physics from Georgia Tech now own a company that helps spread the value of nuclear energy.