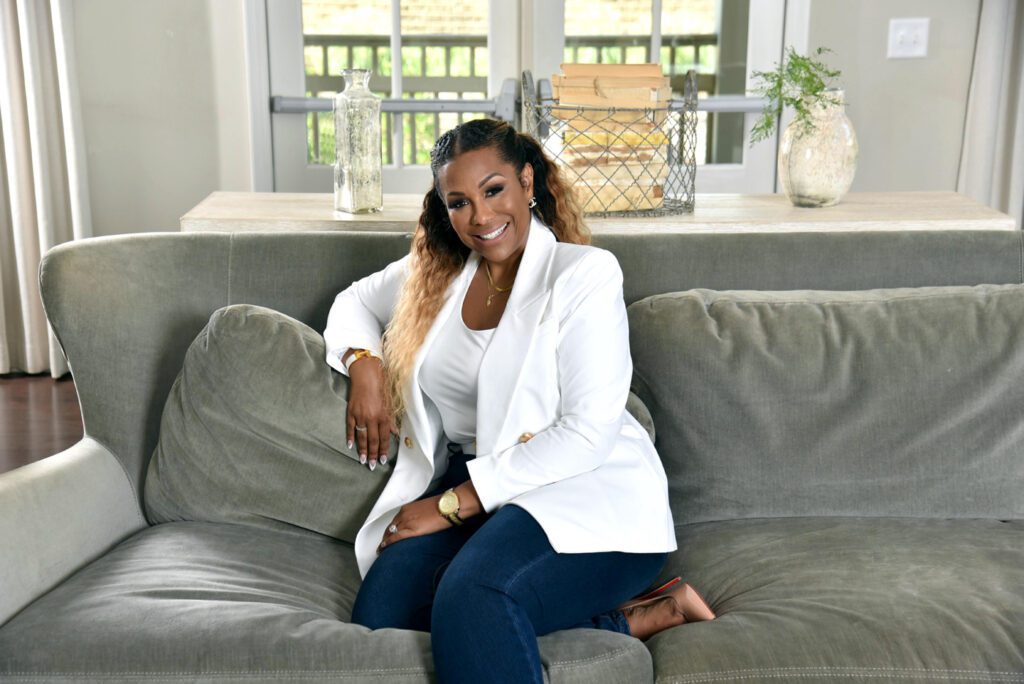 According to Brookhaven based certified relationship coach Rebecca Lynn Pope, we are in a relationship revolution.

That perspective made Pope the perfect fit for a new reality television dating show from the Oprah Winfrey Network. “Marry Me Now” explores female empowerment as eight women navigate the prospect and process of proposing to their significant others. Pope serves as the host of the show and as a relationship coach and guide for the potential brides.

“This opportunity is a culmination of decades of work. Everything I’ve done over the years with so many clients on a variety of different issues came into play on this show,” says Pope, who reinvented her career 20 years ago, moving out of the construction business to become a professional matchmaker and love coach in Atlanta. That ultimately led to her official certification as a relationship and life coach, the publication of her book Love and Dating in the 21st Century: A Godly Girl’s Guide, her development as a motivational speaker, the creation of a popular YouTube channel and the founding of several successful businesses, including the Abundant Life Path University that she launched with her husband, Kerry A. Pope. She has also been a guest on several television shows over the years.

On “Marry Me Now,” Pope encourages participants to dig deep and discover what they really want for their lives. She hopes their work will spark conversations with their partners to ensure that they are heading in the same direction—which may or may not include marriage. The hope is that the women will take control and not simply wait for someone else to decide what happens to them. As Pope says, “Women have to believe in our power to navigate life and be the captain of our own ship. It’s up to us to create the life we want. On the show, I encourage the women to be more honest, more transparent and more vulnerable about who they are and what they want.”

The first season of the show filmed in Houston and began airing on OWN in March. It’s also available for streaming on Discovery+. “I went on set every day and gave it my all. I treated every woman on the show as if she were a client in my coaching practice,” Pope says of her time in Texas. “It’s been an absolutely amazing experience.”

While waiting for news about a second season, Pope continues to grow her brand. New courses and books are on the way, and she has many plans for the future. “I teach spiritual and universal principles [about relationships and life] that have been around for thousands of years. These are teachings that help people learn how to thrive,” she says. “I want to leave a legacy of work that is going to be here to help people long after I’m gone.”