ACTRESS MEGAN HAYES FINDS A NEW DREAM BEHIND THE CAMERA 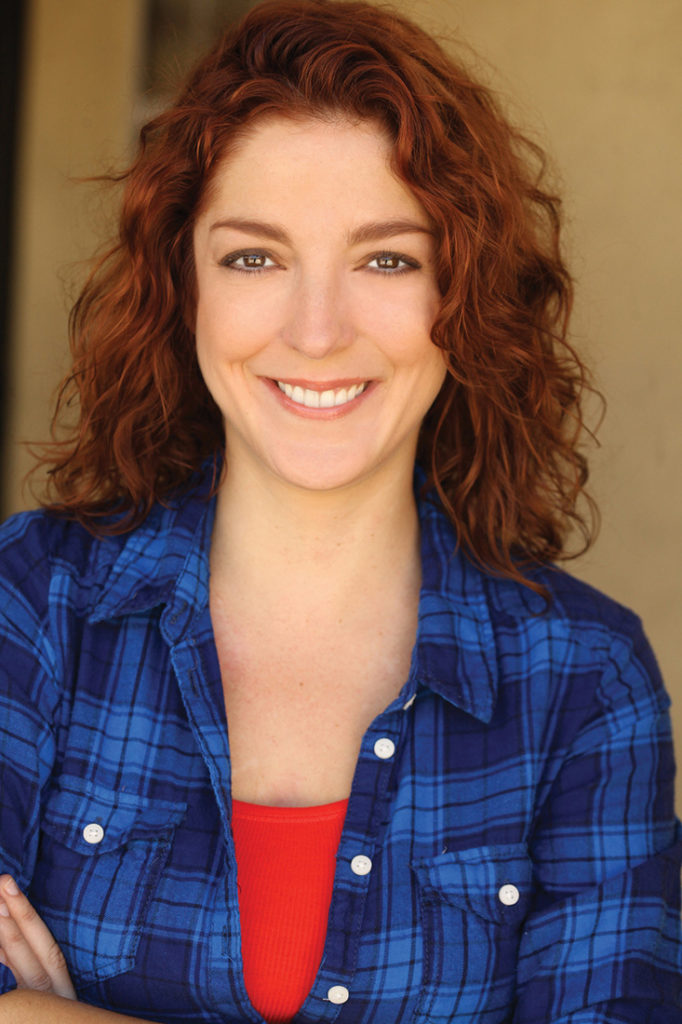 Buckhead native Megan Hayes has found a new film home on a journey back and forth across the country.

Her acting career was Catching Fire from her work in the Hunger Games sequel when she appeared on the “Buckhead Insider’s Guide” cover of Simply Buckhead’s March/ April 2013 issue. “If you’re going to die on camera,” she says, “in Josh Hutcherson’s arms in Hawaii is a really good way to go.”

She left Atlanta for Los Angeles in July 2013, after her father, a Southern Baptist preacher, died on her planned departure date earlier that month. She struggled but found occasional good roles, such as a customer in Zola, a buzzed-about indie at this year’s Sundance Film Festival.

A highlight came in 2017 while she was working as a nanny for a producer on the Hulu series Future Man, starring Hutcherson. Hayes provided the on-set voice for a smart house that’s a combination of HAL- 9000 in 2001: A Space Odyssey and Samantha in Her. She did so well that producers canceled plans to dub another voice in post-production.

“LA is not an easy city if you’re a woman,” Hayes says. “I got told many times that a woman my age was too hard of a sell, or if they were interested in a woman my age, I didn’t have enough credits.” The now 46-year-old was even lying about her age at her agent’s insistence. “If they know I’m actually 7 years older, what are they going to do–roll out a coffin for me?”

She returned temporarily in August when Atlanta’s Chipper Dog Productions, owned by her friends Dustin Lewis and Matt Colon, shot a 12-minute film she wrote, Perchance to Dream.

Originally a stage actress, she then was cast in mid-October in Waffle Palace Christmas at the Horizon Theatre. When the show ended in December, she decided to stay. She officially made the move in January, albeit to “Buckhead adjacent” Smyrna because “who can afford to live in Buckhead anymore?”

Perchance to Dream was a game changer because she directed for the first time. “Now all I want to do is write and direct and create my own content and give a voice to women over 40.”

Shot in 2½ days in black and white, Perchance stars Hayes and Lewis as middle-aged insomniacs who fall in love in the middle of the night. It pays homage to the romantic comedies of old Hollywood, especially Billy Wilder’s The Apartment. (Hayes named her rescue shih tzu, Baxter, for Jack Lemmon’s character in that 1960 film.)

“I guess I would love to be a hybrid of Billy Wilder and Nora Ephron—yeah, that sounds good. I wouldn’t mind a splash of Goodbye Girl. I’m obsessed with that movie right now,” Hayes says. While Perchance is being submitted to festivals, Hayes writes screenplays, auditions, occasionally teaches other actors and (coronavirus willing) works at Parish restaurant. “As a freelance and as an artist, you have to live 500 different lives,” says Hayes, but she dreams of developing scripts that aren’t about straight white men, coming-of-age girls or women whose main role is motherhood.

“I’ve had quite a few people call my desire for women roles over 40 a passion project, but I don’t think that it needs to be a passion project. People want that,” Hayes says. “Just because it’s not the machine we’ve been feeding all these years doesn’t mean it’s something that doesn’t need to be seen and heard.”

Perchance to Dream, writing and directing.

I see myself being a creator, an executive producer, writer and director of my own show. I would love to have my own production company that is doing my work but is also enabling other women to have their work produced. I’d be a voice for marginalized voices and provide an opportunity for other people. Probably call it Too Hard to Sell Productions